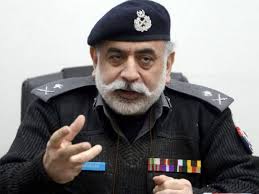 According to a statement of the Central Police Lines, a complaint was filed with the Police Department that the policemen appointed at Motorway check point were misusing their powers and unnecessarily harassing the public.

The police chief suspended the six constables after charges were proved against them.