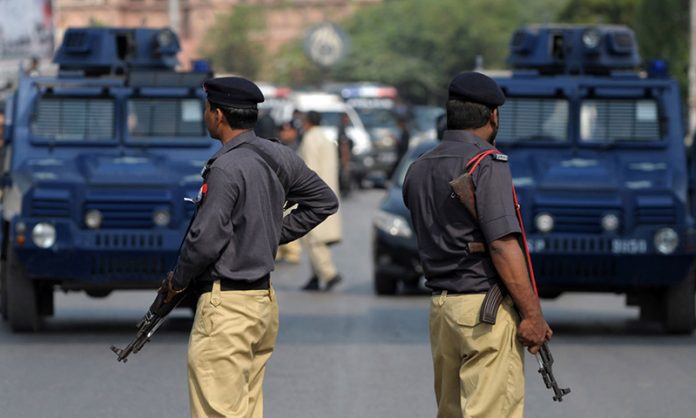 A ceremony in this regard was held at the Central Police Office (CPO) in Peshawar wherein an agreement was signed with UNODC for armouring of 20 CTD pickups to combat terrorism in merged districts and ensure safety of officers.

Speaking on the occasion, KP Inspector General Police (IGP) Moazzam Jah put light on the challenges confronting the KP Police and steps taken for effective policing and capacity building of the police in the merged districts. He said that CTD units have been operationalised in addition to training of 17,000 Levies and Khassadar personnel, integrated into KP Police, by Pak-Army. He said all available resources are being utilised for the capacity building of the police personnel in the area to enable them to maintain peace and tranquillity in merged districts.

The members of the delegation appreciated the sacrifices by the KP Police in the war against terrorism as well as the steps taken for improved policing in merged districts.

The KP government says it received a consignment of 240,000 doses of Sinovac vaccine on Monday.

KP Director General Health Services said the new consignment of vaccine has been dispatched to concerned districts. He insisted that the process of corona vaccination was continuing in the province without any interruption.

Complaints were being received from different parts of KP regarding shortage of corona vaccine. Protests were also held in some areas where people went for vaccination, but were told that they can’t get it because of shortage. Now with the arrival of new consignment, the pressure on vaccination centres will reduce and people, particularly those intending to travel abroad, will get the vaccine.

The KP Health Department said that so far 398,724 citizens have completed their course of corona vaccination across the province, while the number of those administered the first jab of vaccine has reached 1,390,000. So far, a total of over 1,711,000 vaccine doses have been administered to people. Vaccination was continuing at 675 centers across the province of which 597 were ordinary centres, while 36 were mass vaccination centres. At the far-flung areas, 42 mobile vaccination teams were also functional.