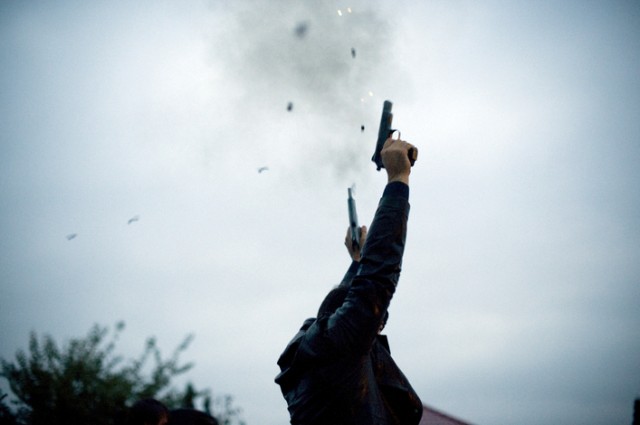 PESHAWAR: Just a few days ahead of Eid, the Khyber Pakhtunkhwa (KP) police have asked Ulema and civil society activists to play positive role to make people aware of the negative consequences of aerial firing in the province.

The ulema was asked to announce through speakers of mosques against the aerial firing on eve of Eid and explain how it can affect human lives. The police in this connection started a special awareness campaign against aerial firing on Chand Raat through banners, posters and awareness drives.

Police officers are holding meetings with the community elders and elected representatives to control the menace of aerial firing as it poses a serious threat to human lives. Police are also distributing pamphlets and brochures besides using social media to create awareness among the public.

The police have warned the public that action would be taken against those who involved in the aerial firing.

The campaign was started after a division bench headed by justice Qaiser Rashid Khan has taken notice of aerial firing and directed the Khyber Pakhtunkhwa police to take strict action all those involved in such illegal activity.

The court had directed that it is one of the major issue faced by the province as every year, innocent people are losing their lives. The court has directed the police to issue directives to the SHOs in the province to control aerial firing. Justice Rashid has also asked the court to take steps against toy guns that are in the hands of every child during Eid.

The CCPO told the court that they have started awareness drive for which they have also taken Ulema and civil society activist on board.

The court also directed the police to present a report in this matter after the Eid.