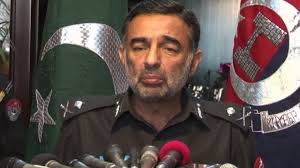 PESHAWAR: Inspector General of Police (IGP) Khyber Pakhtunkhwa Salahuddin Mehsood said on Wednesday that police department is all set to extend its authority to all the tribal districts of the province.

As part of the arrangements under the KP police act, each tribal district will have a District Police Officer (DPO) to handle affairs of the police department in his respective district; the IGP said this while chairing a high-level meeting at Police line. Senior police officials were present on this occasion.

Mehsud further informed that the policing process would be made in transparent and merit basis and that no one would be rendered jobless. There was fear among the Khasadar forces personals that after the merger, they will be rendered jobless. The IGP said that the domain of police force had been determined to perform their duties in erstwhile Federally Administered Tribal Areas (FATA). He said women police force would also be recruited and added that levies and Khasadar force would also be merged with police after imparting them training.

The Inspector General of police said that salary of policemen would be enhanced ranging from Rs 18,000 to 28000 which would encourage them to perform their duties with more dedication and added that size of Shuhudda package for levies and Khasadar force would be at par with the provincial police personnel.

Regarding the financial requirements, the IGP said the government had been intimated about the required funds and new posts for those tribal districts and added that all steps and laws would be enforced as per the court’s orders.

During the KP Apex committee meeting, it was decided that all Khasadar and Levies forces personals will be inducted in the KP police department. As these forces are working under the federal government, so it was decided to amend the relevant laws to pave way for their induction into KP police force.