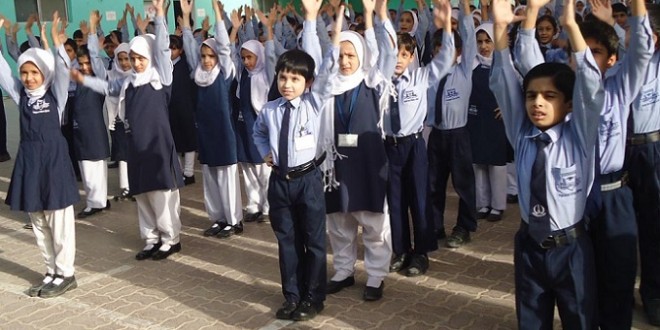 PESHAWAR: The Khyber Pakhtunkhwa Private Schools Regulatory Authority has directed the chief manager of state bank of Pakistan, Peshawar to freeze accounts of private schools over violating rules issued by them.

A notification was issued by KP-PSRA to different banks in which they were directed to seal the accounts of 22 private schools across the Khyber Pakhtunkhwa district.

The notification read that “I am directed to refer to the subject noted and to state that the following schools in Khyber Pakhtunkhwa have persistently been denying to implement the KP-PSRA Regulations, 2018 and judgement of August Peshawar High Court Peshawar dates 08-11-2017”.

“During COC hearing, the August Peshawar High Court had directed to seal/freeze the accounts of the private schools who are reluctant to act upon the direction of the court and KP-PSRA Regulation 2018”.

“It is therefore, requested that all the scheduled banks may be directed to seal/freeze the bank accounts of the above school systems/networks being operated in Khyber Pakhtunkhwa for the implementation of the orders of August Peshawar High Court, Peshawar and KP-PSRA regulations, 2018 till further orders under intimation to this office”.

On the complaints received from parents, the KP-PSRA manageing director along with others inspected the private schools in Peshawar to check if the orders issued by PHC were being implemented.

On 24th April, the Peshawar High Court had announced to take stern actions against the owners of Private Schools following two-day strike of schools.