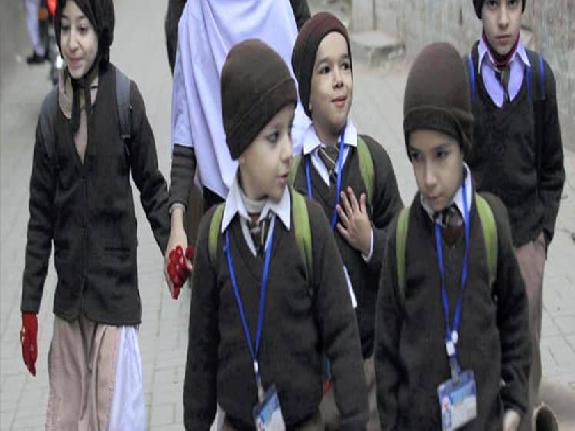 PESHAWAR: The Khyber Pakhtunkhwa Private Schools Regulatory Authority (KP-PSRA) on Tuesday warned that disciplinary action will be taken against schools violating the winter vacation order of the provincial government.

The authority has issued the notification after receiving complaints from the parents about the violations of government orders, thus putting the students and parents in trouble. It has also appealed the parents to bring such complaints into the notice of the authority so that timely action is taken.

The Khyber Pakhtunkhwa government extended winter vacations at all the school till 6 January owing to the extremely cold weather in the country. KP Chief Minister Mehmood Khan had directed Adviser on Education Ziaullah Bangash to extend the holidays by 6 July after which the adviser in a message announced the extension in the holidays.

Currently, cold wave has engulfed most parts of the country and in such a situation it was considered difficult for the parents to send their children to schools. The routine holidays started from 23 December and were to end on Monday, 31 December 2018 and the schools were scheduled to open today (Tuesday), 1 January 2019. However, with extension in the holidays, the schools will now open on Monday, 7 January 2019.

Not only the KP government but also the Punjab Schools Education Department announced an extension in winter vacations in public and private schools by a week. Weather experts have forecast extreme cold weather during the next days. Rain and snowfall have also been forecasted which is expected to give relief to people from the dry and cold weather.