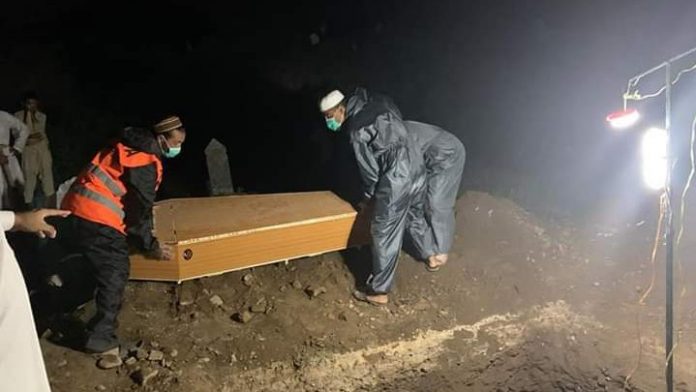 PESHAWAR: The death toll from the novel coronavirus in Khyber Pakhtunkhwa has reached 890 as 11 new deaths were reported on Friday.

According to latest data shared by the KP Health Department, as many as 640 new cases were confirmed in the province during the last 24 hours, taking the tally to 24,943. The new infections include 197 those persons who have returned through various international flights. Out of 11 new deaths, five have been reported in Peshawar, two in Bajaur, and one each in Mardan, Swat, Buner and Kohat.

Peshawar is still the most affected district from coronavirus in KP with 8,605 cases so far, including 182 during the last 24 hours, and 431 deaths, nearly the half of the total deaths in the province. As many as 4,631 people have recovered from the disease in the metropolis.

The driver of an ambulance with Tehsil Headquarters Hospital Chakdara, Lower Dir, has died of coronavirus.

Deputy District Health Officer and focal person Dr Irshad Ali said a meeting was chaired by Deputy Commissioner Saadat Hassan which deliberated on the strategy to impose smart lockdown in some areas of Lower Dir. He said the technical working group was entrusted with this task. The step is being taken to stop the spread of coronavirus in the district.