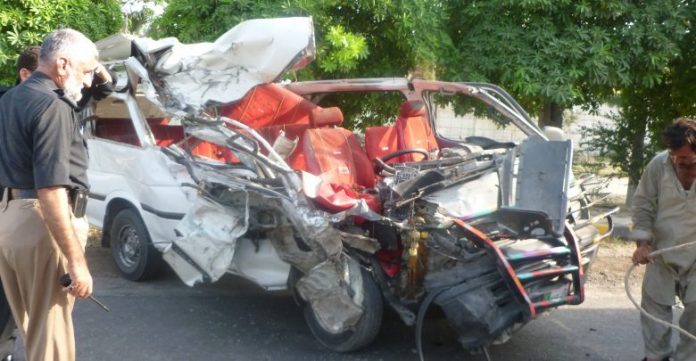 PESHAWAR: As many as 18,550 traffic accidents happened in 32 districts of Khyber Pakhtunkhwa till November 30 this year.

According to traffic officials, underage drivers, lack of awareness about traffic rules and over speeding are some of the main reasons behind traffic accidents. Most of the people who died in these accidents were young.

Peshawar Traffic police on Monday launched an anti-encroachment campaign on Jinnah Park road and dozens of handcarts were taken into custody. At least 17 persons were also booked persons under Anti-Encroachment Act.

Chief Traffic Officer Abbas Majeed Marwat directed for removing of encroachments that were illegally set up on main road which are impeding the smooth flow of traffic.

The Traffic Police conducted an operation and removed all the cabins erected therein and confiscated dozens of motorcycles parked under ‘no parking zones’. The Traffic Police also arrested 17 persons for violating rules and laws.

A heavy contingent of the police was deployed to avert any untoward incidents during the operation for removal of encroachments.

Meanwhile, the chief traffic officer warned encroachment mafia to avoid malpractices of exceeding their limits otherwise strict action would be taken against those found guilty of reinstalling encroachment.

People have appreciated the operation against encroachments which create nuisance and impede the traffic flow. However, some people are of the view that encroachments are reinstalled as soon as the operation ends. Therefore, they say, a permanent solution to this problem is needed.