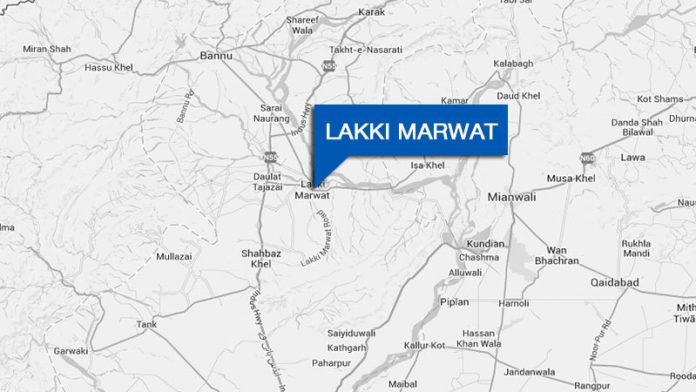 LAKI MARWAT: Khyber Pakhtunkhwa Police has set up a new police station in Gambila area of the district. The police station was inaugurated by the Regional Police Officer, Bannu Abdullah Khan on Monday with the aim that the station will help in providing safety and security to the common man.

Deputy Commissioner Laki Marwat, District Police officer, District Nazim, police officials and elders of the area participated in the inaugural ceremony of the police station. The DPO while addressing the gathering said that there is an urgent need of setting up new police stations in the district to maintain peace and stability.  He added that with the new police station, the total number of stations is now seven.

The DPO added that they will try to open new police stations and check posts in the district to make ensure safety and security of the public. He also said that soon, they will start mobile van serve to issue driving licenses in the district.

The deputy commissioner while addressing the gathering said the building of Gambila Police station is of historical importance. He added the efforts will be made for its proper preservation to preserve the historical heritage of the district. The deputy commissioner also assured the local elders that more funds will be allocated for the beautification of the district during the next financial year.

HANGU: Police claimed to have recovered Rs200, 000 stolen by unknown persons from Hangu police training centre. Police have also arrested two persons, Yousaf Masih and Rahil Arshad who are accused of depriving the line officer of Hangu Police training centre of Rs 0.2 million.  Police said the stolen amount has been recovered from the possession of both the accused.

While in search operation, police claimed that they have nabbed two wanted criminals and drug paddlers from Kondo Kaly area of the district.  Two pistols, one repeater gun, one Kalashnikov,  ammunition were also recovered from their possession.