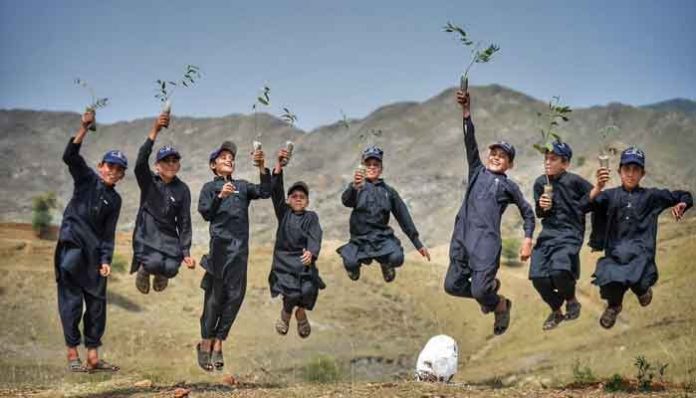 PESHAWAR: The Khyber Pakhtunkhwa government has decided to include the Education Department in the Billion Tree Tsunami Programme under which the students will plant 40 million trees during the next three years.

The Forest Department has signed a Memorandum of Understanding (MoU) with Elementary and Secondary Education Department (ESED) under which this special plantation campaign will kick off on February 20 and continue till June, 2023.

A spokesman for the Education Department, Kiramat, said that under the MoU, every student of government school will plant at least 10 saplings and will also be responsible for its look after. He told TNN that the Forest Department will provide these saplings to students.

Kiramat said it will be a healthy activity which will give opportunity to students to participate in co-curricular activities and contribute towards making the environment healthy and clean. He said the students will be guided by teachers in planting trees which won’t take much time.

An official of Forest Department said the MoU is part of the Billion Tree Tsunami programme which will include students from the whole province.

The official told TNN that the plants will be planted at schools and such places where students can easily look after it. He said the students will not plant these sapling at home as another project is already in place for this purpose. He said different species of plants, including fruit plants, will be given to students for plantation. 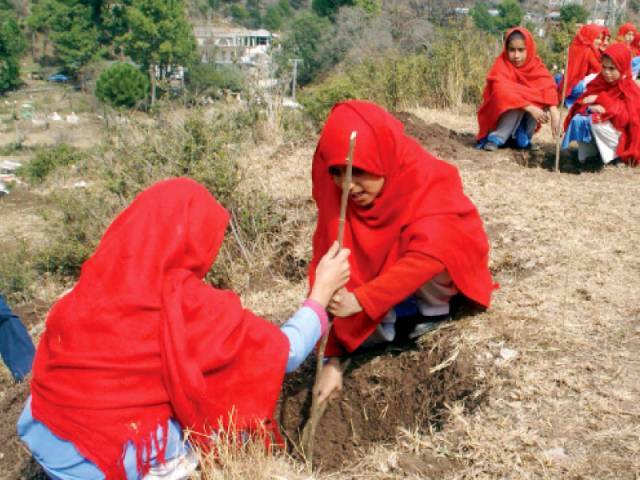 The official said the purpose of including students in the campaign is to create awareness among them about the climate change challenges and measures to counter these challenges.

Professor Dr Akmal of the University of Agriculture Peshawar said while talking to TNN that students must be given proper training about the importance of climate change science and tree plantation. He said the students must be told which species of plants are suitable for which kind of soil. He said the plantation campaign must be initiated after completing necessary homework for obtaining optimum results. He said mere increase in the quantity of saplings won’t produce desired results as the students must know the properties of plants and their suitability in different environments.

Dr Akmal said if someone is planting eucalyptus trees then he would advise them against it as these trees consume too much water and are counterproductive because Pakistan is already facing water shortage problem. He said the project will be successful if right plants are provided for right areas and then these are looked after properly.