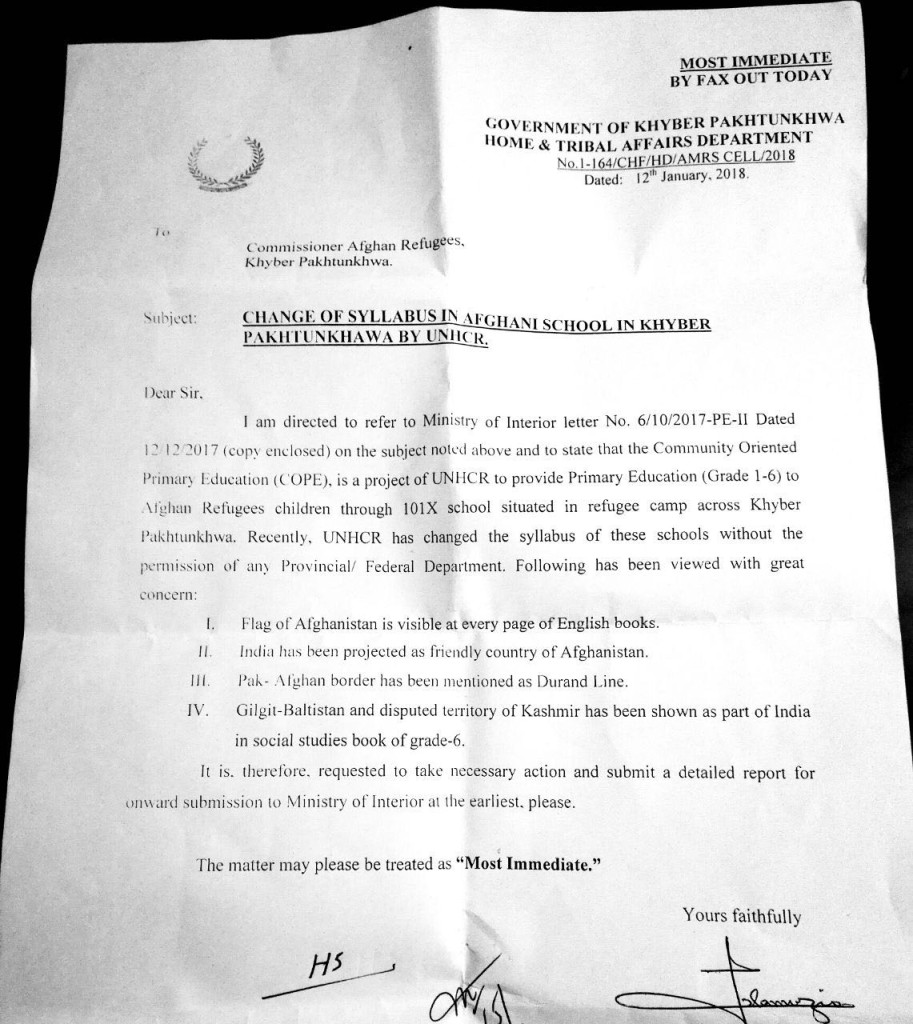 PESHAWAR: The Government of Khyber Pakhtunkhwa on Thursday sought reply from Afghan Commissionerate to explain showing Gilgit Baltistan and Kashmir as part of India and other anti-Pakistan topics in the new syllabus at Afghan refugees’ camps located in the province.

The letter said that the UNHCR has changed the syllabus of these schools without the permission of any provincial and federal department. Expressing concerns over the materials added in the new syllabus, it said that India has been projected as friendly country of Afghanistan while Gilgit-Baltistan has been shown as disputed territory of Kashmir.

Besides, Kashmir has been shown as part of India in social studies book of grade 6 while Afghan flag has been mentioned on every page of English book.
The letter directed the minister to take the matter as most immediate and requested for necessary action.