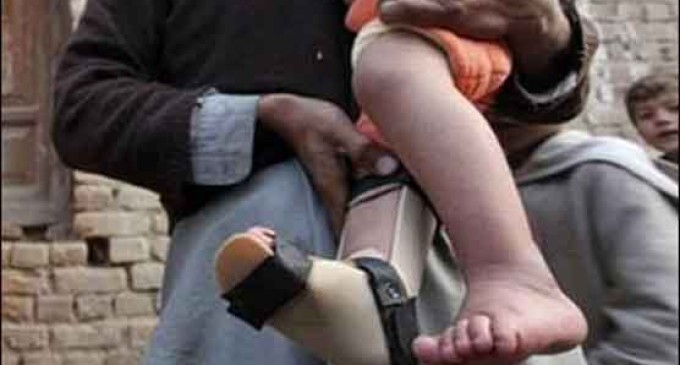 PESHAWAR: The provincial task force on polio eradication has written a letter to the Khyber Pakhtunkhwa Inspector General Police (IGP) to convey grievances over lack of interest by the police in the polio vaccination campaign.

The letter seeks cooperation from the police chief on the issue. As many as 62 policemen have lost their lives while performing security duties for the polio vaccination teams. The provincial task force had called a meeting about polio eradication in Peshawar on Friday, but no police officer came to attend the important meeting. The meeting was initially scheduled for May 23, but it was postponed to May 30 for unknown reasons.

Senior officials said the police officers were informed about the change of date of the task force meeting, but no officer attended the meeting. The KP Police chief is also an important member of the task force.

The meeting discussed strategies for making the vaccination campaigns successful and the option of involving the local government representatives in the campaign also came under discussion.

Twenty polio cases have surfaced in Pakistan in the first five months of 2019, including 14 in KP, three each in Sindh and Punjab.

The National Emergency Operation Centre has already issued warning of presence of poliovirus in eight cities including Peshawar, Bannu, Lahore, Rawalpindi, Qila Abdullah, Pishin, Quetta and Karachi. The government has taken several measures including arrest of parents, blocking of computerised national identity cards (CNICs) and suspension of privileges of people who refuse to cooperate with the vaccination teams. Several polio officials not performing their duties have also been sacked recently. On Wednesday, the KP Private Schools Regulatory Authority sealed seven schools for alleged propaganda against polio vaccination.

Despite all these measures taken by the government, polio cases are still surfacing, which means much more needs to be done to realise the dream of polio-free Pakistan.