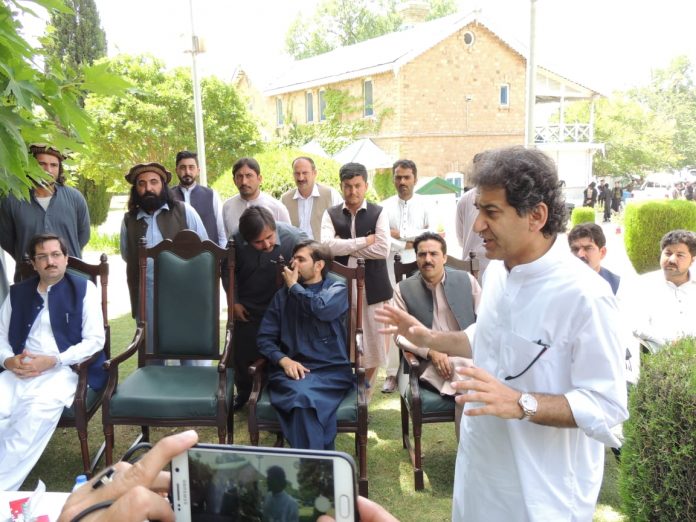 Atif Khan has directed district Kurram administration to prepare a comprehensive plan for the development of three identified tourists’ sites in the area so that these could be opened for the tourists. He asked the district government to provide skiing facility, restaurants, huts and other basic facilities in the areas for the facilitation of tourists, besides promoting cultural and local tradition.

While talking to media, he said that Prime Minister Imran Khan was taking a keen interest in the development of newly merged tribal districts and he has directed the provincial government to pay special attention to these areas.

The Minister said that promotion of tourism activities in the merged districts would help generate employment for the local youth besides contributing to the provincial kitty. Other senior officials including Secretary Tourism, Managing Director Tourism, Commander 73 Brigade and representatives of district government were present on the occasion.

PESHAWAR: The Pakistan Bait-ul-Mal (PBM) would bear educational expenses of 150 brilliant students of the university of Malakand, the University of Buner and University of Swat, Managing Director Aon Abbas Buppi said on Wednesday.

Speaking in a MoU signing ceremony, he said PBM would utilize all resources to help completing the education of brilliant poor students of far-flung areas.

PBM would ensure that no poor students could stop education due to lack of resources.

According to Memorandum of Understanding (MoU) inked by Pakistan Bait-u-Mal and management of three universities, PBM would pay education expenses of 50 brilliant students of each of the above mentioned three universities. Managing Director also visited Women Empowerment Centre, Dar-ul-Ehsas, Swat and examined facilities being provided there, said a message received here.