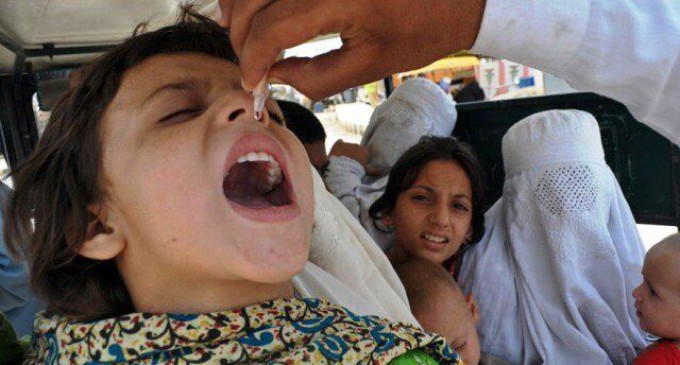 PESHAWAR: The Ulema of Khyber Pakhtunkhwa have announced full cooperation in the upcoming polio vaccination campaign scheduled to start on February 17.

On the occasion, Abdul Basit also distributed commendation certificates among Ulema over their positive role in society. The Ulema said they will fully support the vaccination drive and play their role for removing misconceptions about vaccination. They said they will also inform the parents about the importance of polio vaccination to save the coming generations from the crippling disease.

Abdul Basit hailed the role of Ulema for making the vaccination campaigns successful in many areas. He said the Ulema of KP are playing the role of role model for other institutions in the province. He said it is the right of every child to have a healthy life. He said the whole society will have to work together to ensure that our coming generations are healthy and they have a bright future.

The EOC coordinator further said that misconceptions constitute a big chunk of refusals in community and requested the religious scholars to support the government in addressing those issues to achieve the goal of polio-free region and purge the globe of the menace.

Mufti Zafar Zaman, Maulana Jahanzeb and Qari Asim assured full support for polio eradication in the upcoming vaccination campaign. They said the Ulema will continue to contribute towards ensuring healthy future for the coming generations.

Pakistan had controlled poliovirus to a great extent in 2017 and 2018 during which only eight and 12 cases were reported respectively. But the 2019 proved a precarious year for anti-polio efforts as 144 cases were reported, including 97 in KP, and now the 2020 has also started dangerously with 12 cases in the first 40 days.

Various reasons have been pointed out for so many polio cases in KP. The main reason is stated to be the refusal of some parents to administer polio vaccine to their children. The services of Ulema have been acquired to remove misconceptions of parents about vaccination.