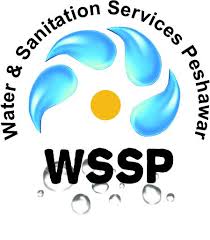 Chief Executive Officer Water and Sanitation Services Peshawar (WSSP) Engineer Khanzeb Khan has been elected as chairman of the network.

The network is comprised of seven water and sanitation companies working in the urban pockets of Khyber Pakhtunkhwa including, Water and Sanitation Services Peshawar, Mardan, Abbottabad, Kohat, DI Khan, Swat and Bannu.

“The overarching objective of KPWSSCN is to strengthen Water and Sanitation Services Companies (WSSCs), to transform them into a robust, professional, efficient and responsive utilities,” said the newly elected chairman Engr. Khanzeb Khan.

The network will provide a platform for discussion, sharing ideas, learning platform and raising common voices on a wide-range of issues related to water and sanitation, he added.

The network will require finances to bear the administrative and programme cost to deliver objectives of the network. He added that Swiss Development Cooperation (SDC) and Unicef have shown strong interest to support the administrative and programme cost of the network. “Once established, the programme will reach out to other donors especially Asian Development Bank (ADB) which has high stake in WSSCs through its new investment project,” the chairman said.

He maintained that the seven corporate utilities were passing through infancy stage and learning to deliver quality services to its citizens.

The rational to establish a network of these seven utilities is to foster learning, knowledge sharing and flow of information between the companies. “We also discussed objectives and linkages of KPWSSCN with national level utility network ­– Paksitan Water Operators Network (PWON),” he said.

Engr Khanzeb Khan thanked the CEOs of the company who have placed their trust in him and elected him as chairman of the network. He hoped that the network will work efficiently by utilizing the available resources.