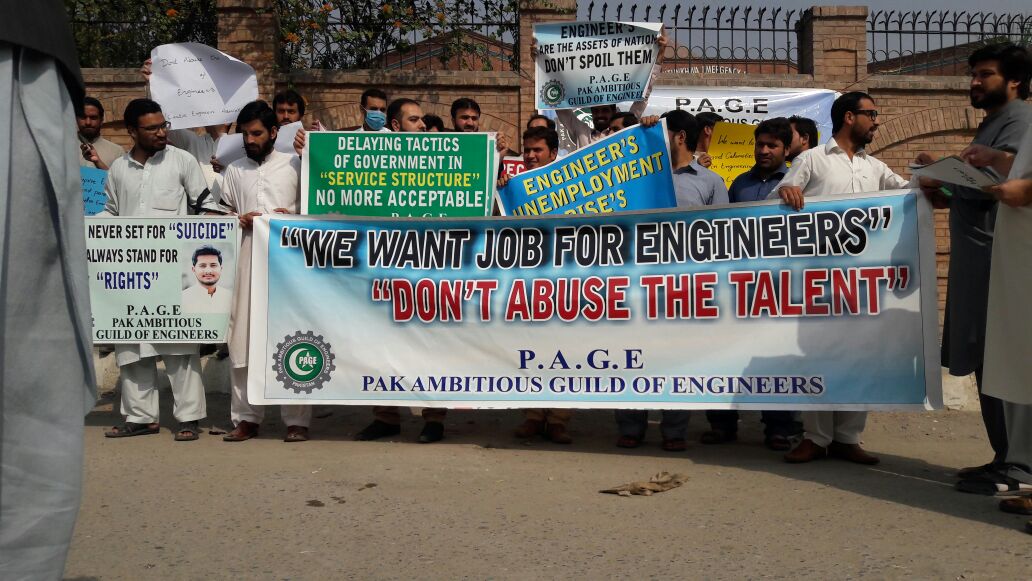 PESHWAR, 28 October: Hundreds of engineers here on Saturday staged a demonstration to protest shrinking job market for engineers and demanded of the government to create job opportunities for them.

The protesting engineers were holding banners and placards inscribed with demands for provision of jobs to them and chanted slogans against the government.

They asked the government to allocate a specific job quota in China Pakistan Economic Corridor as well as take steps for creating more job opportunities.

They demanded service structure for those engineers who have been employed by the government and regualrise those who were recruited on contract.

Amir Khan, a protester, said that the government immediately gave house job to a doctor after completing MBBS but an engineer has no place to go.

They demanded that the government should provide stipend to engineers.