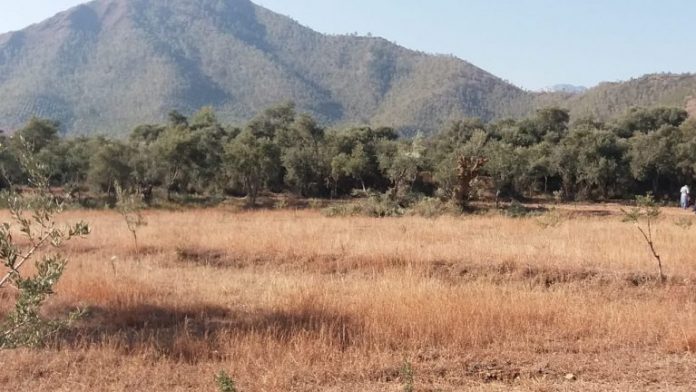 PESHAWAR: The Kingdom of Saudi Arabia has shown interest in Prime Minister Imran Khan’s initiatives in olive cultivation and Billion Tree Honey in the Pakistan.

Ambassador of KSA to Pakistan Nawaf Bin Saeed Ahmad Al Malki Tuesday held meeting with the Khyber Pakhtunkhwa Governor Shah Farman in Islamabad during which the prospects were discussed. The ambassador showed keen interest in the initiative and pledged to develop understanding for Saudi investment in this sector. Advisor to PM on Climate Change Malik Amin Aslam was also present in the meeting.

Nawaf Bin Saeed appreciated the olive cultivation and Billion Tree Honey tree initiative in Khyber Pakhtunkhwa and rest of Pakistan and expressed his desire on behalf of the Saudi government to invest in the project.

Shah Farman informed the ambassador the potential of investment in olive plantation and Sidr honey tree in Pakistan, particularly in KP.

Shah Farman said the land of KP is very fertile for cultivation of quality olive plants and Sidr honey tree. The governor said that by utilising existing barren land and wild olive trees, new livelihood opportunities for the poor and needy people could be generated.

The olive plantation will have a pleasant impact on environment and also mitigate the impact of climate change.

Earlier this month, KP Chief Minister Mahmood Khan directed the agriculture and forest departments to devise plan for olive plantation in the province.

The chief minister said that plan should have clearly defined responsibilities of both the departments and way forward. He also directed the departments concerned to devise a policy for underground mining of precious mines and minerals in the mountainous areas.

Expressing commitment to ensure implementation of a project regarding olive plantation in KP, Mahmood Khan said that ultimate goal of the project was to ensure economic friendly utilisation of non-agriculture and barren land available in the province which would have a positive impact on environment and reduce the impact of climate change.

The chief minister underlined the need for carrying out olive plantation through forest department and said the department has the required capacity and expertise to plant olives.