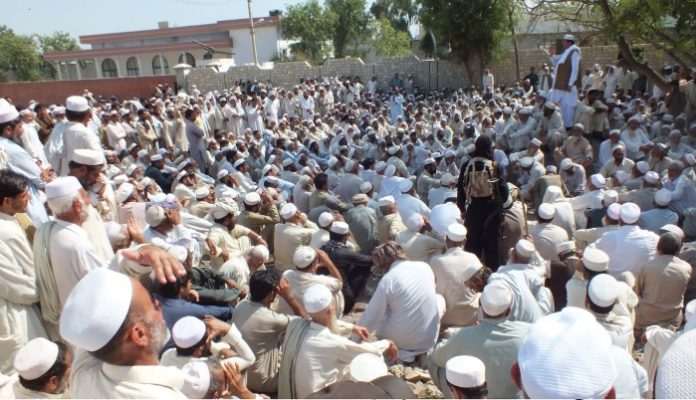 JAMRUD, September 6: The elders of Kukikhel tribe in Khyber Agency have announced to surrender heavy arms to the government, with an aim to maintain peace in the area.

The announcement was made at a Jirga held on 5 September. The Jirga participants also formed a 72-member committee to resolve issues between the administration and local tribes.

The elders demanded the government register small arms and keep its records with the administration, security forces and Jirga.

One of the tribal chieftains at the Jirga, Malik Faizullah Khan, told TNN, “We have banned heavy arms in the area about 10 years ago. Kukikhel is a peaceful tribe and we don’t need heavy weapons. As regards the surrender of arms, I will be the first being an elder and then my tribe will follow suit by surrendering their heavy weapons.”

He added that the government had given them a package, under which the innocent people arrested from their tribe would be released.