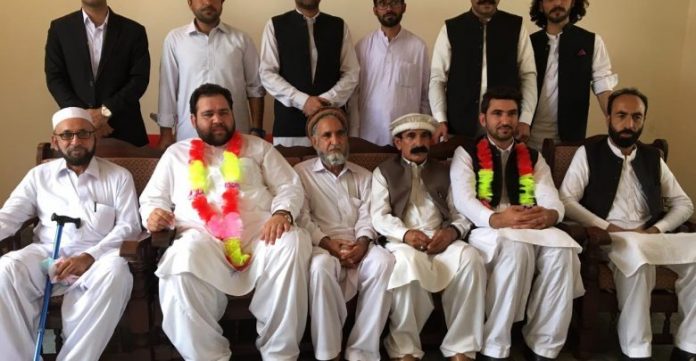 PARCHINAR: For the first time after the merger of tribal districts with the province, district Kurram bar council elected its cabinet on Saturday. The election was held in Parachinar Judicial Complex under the supervision of general secretary of Thal bar council Sajid Khan Advocate and Mukar Khan Advocate.

As a result of the election, young advocate Mehmood Ali Turi was elected as president of Kurram Bar council while Umar Iqbal Bangash was elected as its general secretary.

After the election, lawyers of Kurram district gathered in Parachinar Judicial complex. The newly elected president expressed happiness that the first ever election was held in Kurram district Bar. He added that he is lucky to have elected as the first president of Kurram Bar council. He thanked lawyers of the district for expressing confidence in his leadership and expressed hope that he will work for the uplift of lawyers’ community in the district.

LAKKI MARWAT: A thirteen-year boy was stabbed to death over a verbal dispute in the tribal subdivision of Bhattani on Saturday. The gruesome crime was reported from village Kotka Jabbari village within the jurisdiction of Tajorri Police station.

Police have identified the victim as 13-year-old Abdur Rahman who was grazing cattle in the agriculture field. The police added that he engaged in a verbal dispute with another 15-year-old boy identified as Abdullah. According to the Police Abdullah stabbed Rahman repeatedly due to which he died on the spot. Police said that further investigation into the case is underway.