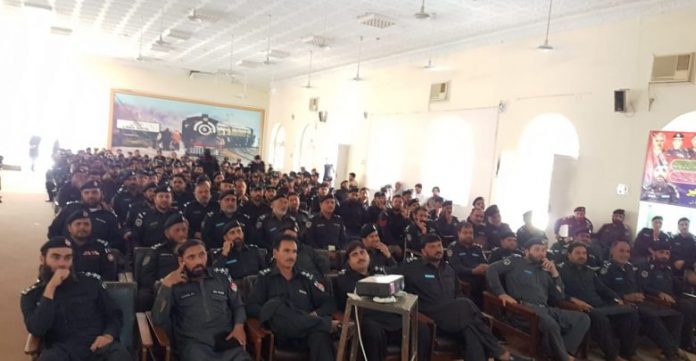 PESHAWAR: The Khassadar personnel of Kurram tribal district have given a deadline of October 15 for acceptance of their demands and transfer of district police officer (DPO).

The newly integrated law enforcers said they will stage a sit-in indefinitely after October 15 if their demands were not accepted. They said the responsibility of any untoward consequences in that case will rest with the government. The announcement of protest was made by Khassadar personnel at a Qaumi Jirga in Bakakhel Mandi which was addressed by Deputy Superintendent of Police (DPO) Malik Syed Jalal Khan, DSP Mazhar, Ayaz Khan, Habib, Pasham Gul, Asad Khan Wazir, Malik Nawab Khan and others.

After end of the Jirga, the Khassadar personnel expressed reservations with the government and said it is not fulfilling the promises made with the law enforcers due to which they are concerned. They said they had a meeting with higher authorities two days ago during which a charter of demands having 22 points was presented to them. They said 19 demands were accepted in the meeting, while there is still disagreement on three points. However, they said, as soon as the meeting ended, transfers of outsiders to different districts started which created unrest.

The Khassadar personnel said it has been clearly mentioned in the charter of demands that no officer below the rank of deputy inspector general (DIG) or DPO will be changed and now transfers will take place till 2023. They said the higher authorities repeatedly assure them of resolution of their problems and acceptance of demands, but nothing is being done practically.

The Jirga participants also expressed reservations over the conduct of the district police chief of Kurram. They said they will launch protests if the DPO was not transferred by October 15.

After merger of erstwhile Fata with Khyber Pakhtunkhwa, the former Levies and Khassadar personnel were integrated into KP Police and it was assured that they will get all the privileges and incentives equal to KP Police. Training of former Levies and Khassadars is also continuing and they are getting incentives gradually. However, the Khassadars are not satisfied with the pace of reforms and say most of promises made with them are still unfulfilled.