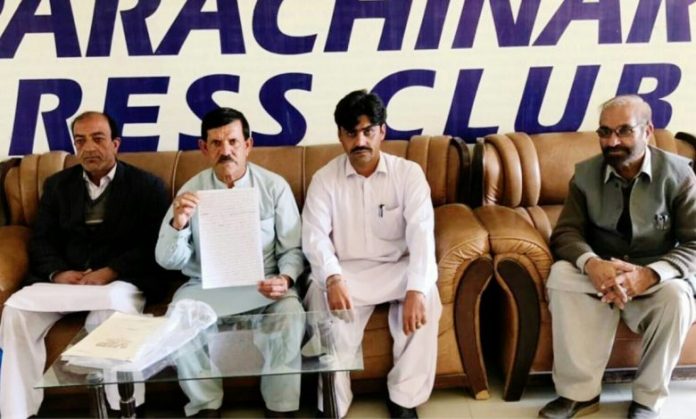 KURRAM: A local trader has taken Kurram district police to the court for the later failure to pay its stationary and photocopies bills.

Addressing a press conference, trader Zahid Hussain, who runs a stationary shop in the Parachinar Kutchery for past two decades, alleged that he has been supplying stationary to the police and making photocopies of documents and his dues of past two years have accumulated to Rs 200,000.

Mr Hussain claimed that he contacted relevant police officials for clearing of his bill, but they flatly refused.

He said that now he has approached local court to get his bills. He demanded the police department to clear his dues amounting to Rs 200,000. He said that due to non-payment of his dues, he was unable to provide proper medical treatment to his ailing mother, who died due to lack of timely and proper medical care.