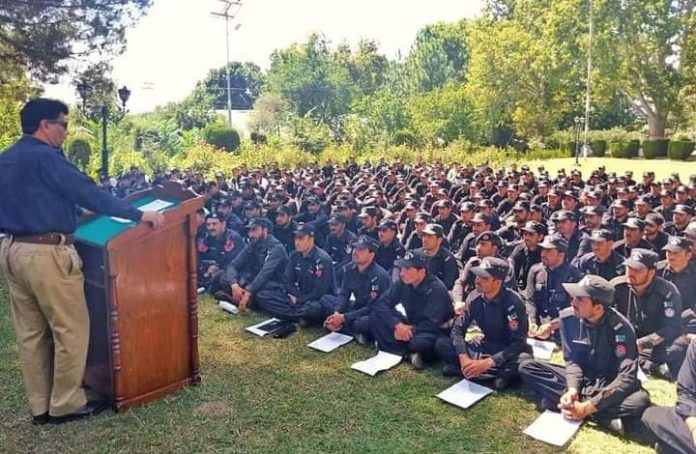 In an interview with TNN, Kurram police chief said the district police has forwarded many cases related to hate material and cybercrime to the Federal Investigation Agency (FIA). He said primarily the youth were involved and legal awareness sessions were held with them from time to time. He said the services of Kurram Bar Association were also utilised to create awareness among the youth about the importance of responsible use of social media.

The DPO said the innovative step by Kurram Police of establishing Police Background Check Unit (PBCU) has played a pivotal role in reducing irresponsible use of social media. He explained that the PBCU apart from background check of individuals from local maliks (tribal elders), police station and then Deputy Superintendent of Police (DSP) Office through a form checks credentials about use of social media. He further explained that the social media check form needs an applicant to declare his accounts, put thumb impression and then the PBCU staff checks the accounts for elements of cybercrime-related stuff.

“This step not only creates awareness among the youth, but also substantially reduces complaints of cybercrime, harassment etc. as youth are frequently applying for jobs and they visit the PBCU at Kurram for clearance,” he said.

Earlier, while addressing the policemen selected for the basic training program at the Governor Cottage in Parachinar, Quraish Khan said the policemen of Kurram will be trained on modern lines in which the military trainers will also be involved. He said 400 policemen from Kurram will initially take part in the training being imparted by KP Police and Army trainers.

The DPO said the three-month training will include sessions on basic policing, KP Police Act, investigation and discipline etc.