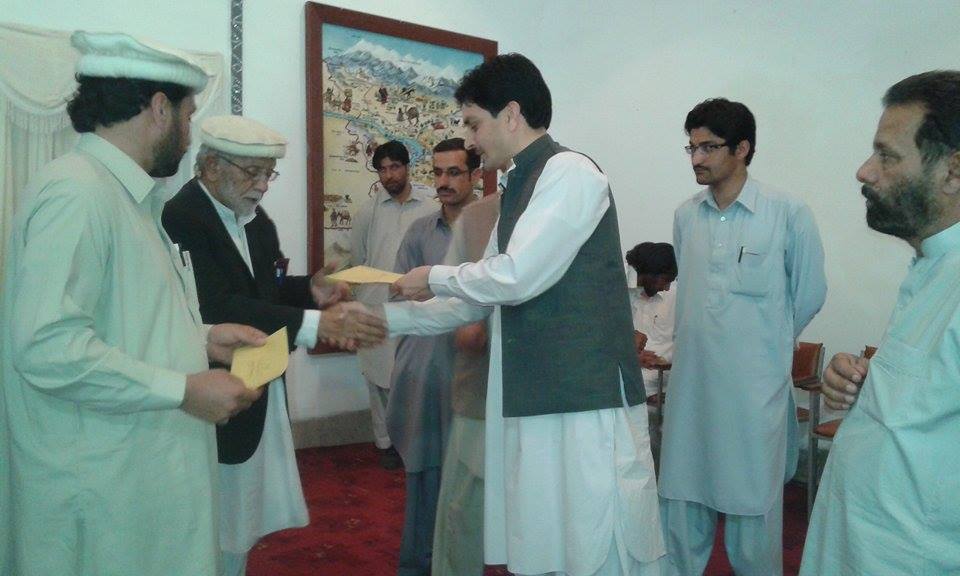 PARACHINAR, 28 April: Political administration of Kurram Agency has distributed compensation of Rs 160.16 million among the heirs of those killed and injured in terror attacks.

In this connection, a gathering was organized at the office of Assistant Political Agent Shahid Ali Khan. Rs. 300,000 were distributed among the heirs of 104 killed. Ninety-six injured were given Rs. 100,000 each while four handicapped tribesmen received Rs. 200,000 each.