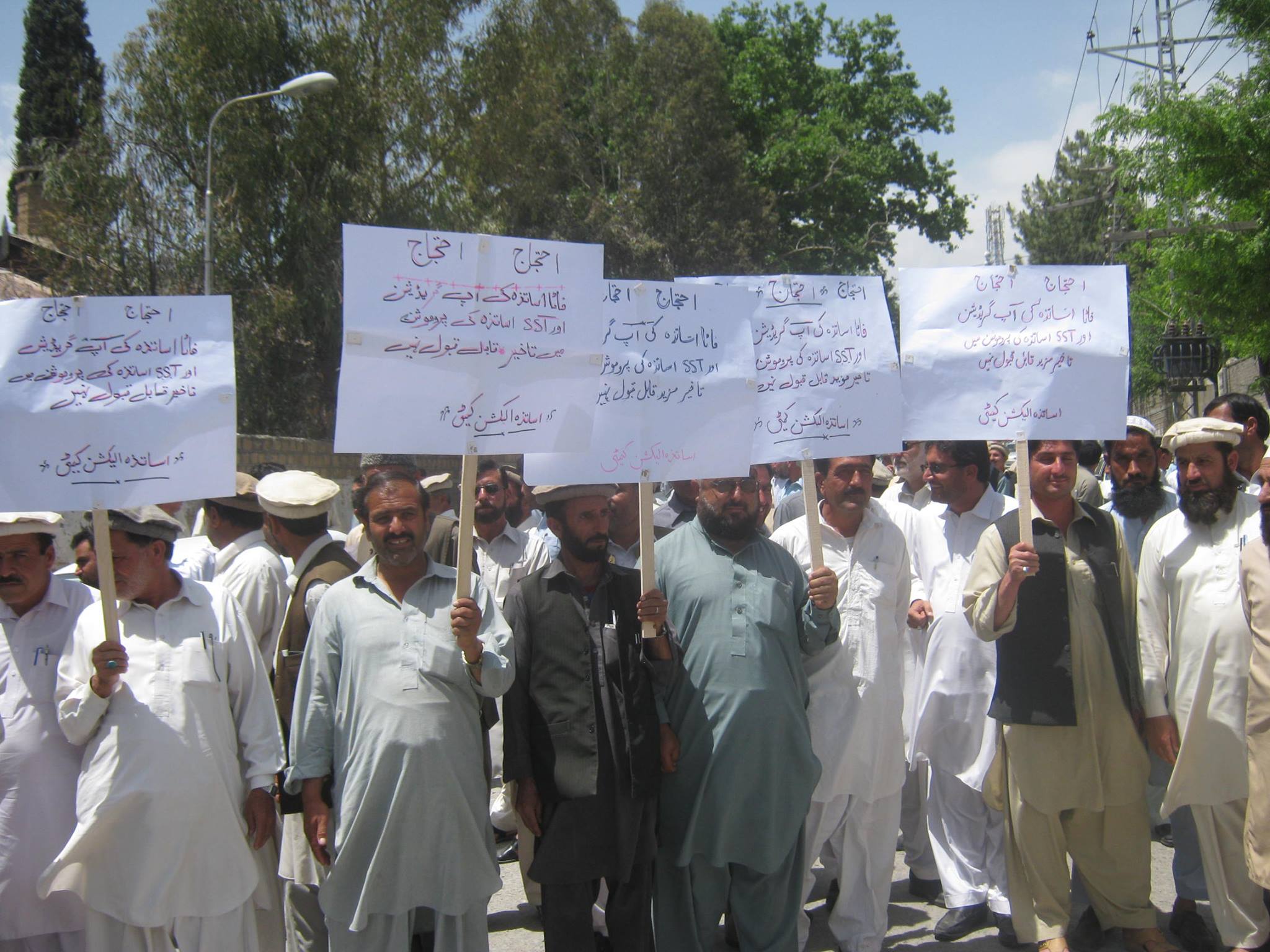 PESHAWAR, 04  May: The government teachers of Kurram Agency have staged protest a demonstration against their non upgradation and closed down schools in the entire agency.

The protesting teachers were of the opinion that in settled areas teachers were up-graded while the teachers serving in Federally Administrated Tribal Areas (FATA) were still working in the same old grades. They vowed to continue their strike till acceptance of their demand.

“For the last many years, we are facing two issues—up-gradation and departmental promotion of SST— for which we met with a number of authorities concerned but no action has so far been taken. The government accepted the same demands of teachers of settled areas than why not for teachers of tribal areas? We will continue our protest come what may,” they remarked.