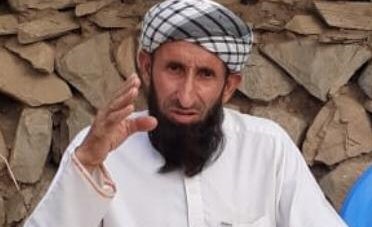 PESHAWAR: Haji Malik Nawab Gul, a tribal chief of Manatu in central Kurram, has dedicated his life to recover the province’s depleted forests and fight the effects of climate change. He says he wants to register his name in the Guinness Book of World Records by planting at least 10 million trees.

Malik Nawab Gul says his efforts will not only help in mitigating the threats posed by climate changes, but he will also promote the country’s image. Talking to tribal elders on the occasion of the Billion Tree Tsunami plantation campaign in Manatu Khumri, Malik Nawab Gul said that in the first phase, about 50,000 saplings will be planted on his own 200 acres plot and then would continue the green campaign in different areas of the district.

At the beginning of the campaign Nawab Khan along with the tribal elders planted a thousand plants of walnut while further planting is in progress for a greener environment. Malik Haji Nawab Gul says he has been interested in planting trees since childhood and wants to make Pakistan greener and register his name in the Guinness Book of World Records.

Decades of felling and natural disasters have drastically reduced Pakistan’s forests cover.  Our total forest cover ranges between around 2% and 5% of land area which is one of the lowest forest covers in the region. The United nation recommends that at least 12% of a country’s total area should be covered with forests.

Khyber Pakhtunkhwa (KP) government claimed that the billion trees goal has been achieved in August 2017. Now, the hills of the country’s northwestern province of KP are alive with newly planted saplings. The massive reforestation project – named the Billion Tree Tsunami – added 350,000 hectares of trees both by planting and natural regeneration, in an effort to restore the province’s depleted forests and fight the effects of climate change.

Malik Nawab Gul demanded support from the provincial forests department and said that special assistance should be given to him in this special planting campaign so that he can meet their target soon.