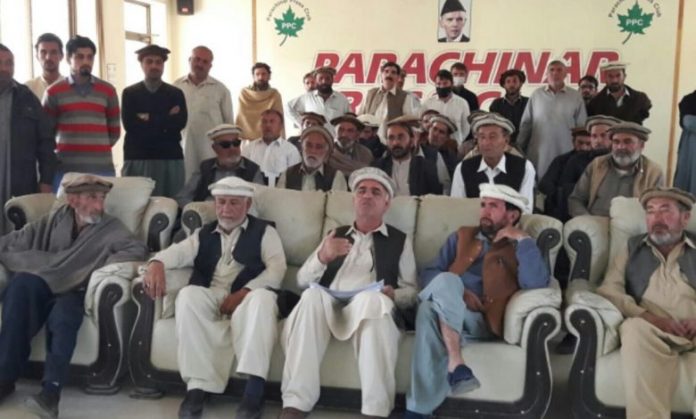 KURRAM: Elders of the Alizai tribe has demanded the Kurram district administration to resolve their issue with the rival tribe and punish the lawbreakers.

Earlier last Saturday, several people were killed when clashes broke out between Alizai of Piwar and Teri Mangal of Gedu over ownership of forest in Upper Kurram subdivision, some 20 kilometers northwest of Parachinar Town.

Addressing a press conference at the Parachinar, Alizai tribe elders from Haji Asghar Hussain, Ali Afzal and Shoiab Hussain stated their tribesmen had gone to their own forest to cut firewood on October 23, when the Gedu tribesmen opened fire on them which resulted into killing of 11 and injuries to 15 others.

The tribesmen demanded that Piwar tribe owned the forest in the revenue record of the Kurram district. They said that Gedu tribesmen, who they had entrusted for upkeep who were now claiming to be owners.

The elders asked the district administration to punish lawbreakers and demanded the authorities to decide the matter in line with revenue record.

They said that government had earlier signed an agreement with all tribes, providing for Rs 5 million fines on the tribe obstructing transport, firewood and water. They said that Gedu tribesmen have violated this agreement and government should take action against them for breaching the agreement.