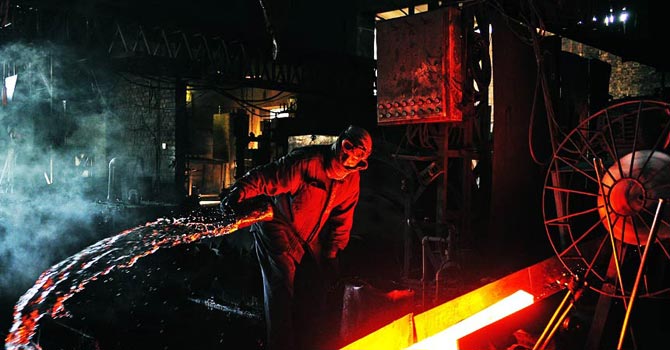 BARA: A labourer lost his life after falling into a furnace in a steel factory in Bara tehsil of Khyber tribal district on Friday.

Local sources said a labourer, Shakeel, hailing from Mardan, was igniting fire to melt the iron when he fell into the furnace and lost his life.

There are several steel factories in Bara where a large number of labourers are employed, but lack of safety measures is a major problem there. In case of any accidental death, the family of the deceased labourer didn’t get any kind of financial assistance.

People of the area said a proper mechanism should be introduced to compensate the families of the deceased labourers.

A policeman was injured in a firing incident in Bannu on Friday night.

A police mobile team was on routine patrol when robbers sitting near the Fatimakhel graveyard opened fire on them leaving Constable Ijaz Khan injured. The assailants escaped from the scene taking advantage of darkness in the night. The injured constable was taken to Civil Hospital.

Police launched search operation in the area after the firing incident, but no arrest was made.