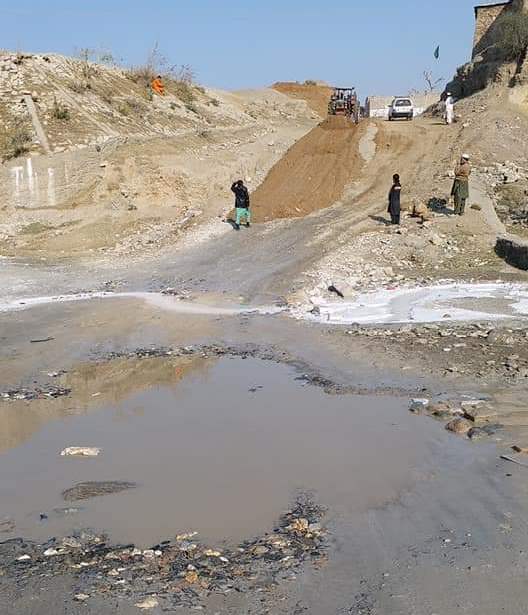 PESHAWAR: The local people transporters are facing many difficulties due to lack of a bridge near Marble Chowk in Mallagori area of Khyber tribal district.

The Pakistan Tehreek-e-Insaf (PTI) president for Mallagori chapter Rehman Gul told media persons that there is no bridge at Marble Chowk in Mir Abbasi Killi due to which the dust created by the moving vehicles cause various respiratory diseases and chest infection among the local people. He said the local people collected donations several times and paved the route, but it again becomes unusable after few days due to the movement of a large number of vehicles.

The PTI leader called upon the concerned authorities to resolve this problem by building a concreate bridge in the area.

The employees of Sui Northern Gas Company (SNPC) on Friday staged a protest demonstration against arrest of their three colleagues by the Federal Investigating Agency (FIA).

The union president said all kinds of work will remain suspended till the release of the arrested employees.

On Wednesday, the FIA arrested three employees of the SNGC on charges of providing an illegal gas connection.

A spokesman for the FIA said the arrested employees were working as supervisors in the SNGC, who allegedly provided illegal connection to a colony in Peshawar.