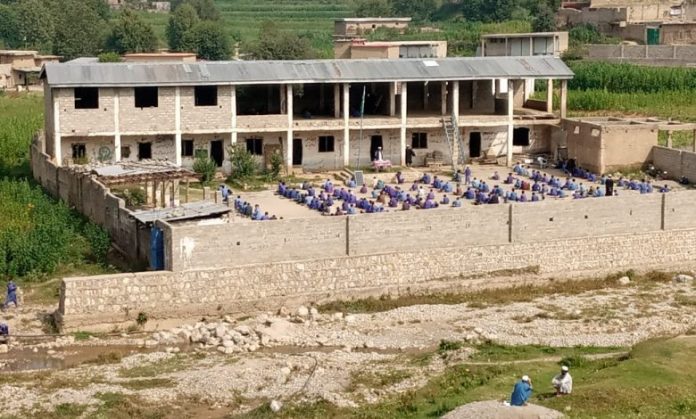 TIRAH: Many students from the remote Tirah Maidan area of Khyber tribal district who have passed matriculation examination are now facing a difficult situation because there is not even a single degree college in the entire area.

Hamzullah, who has obtained 812 marks in the matric exam, said while talking to TNN that the colleges in Bara Bazaar and Peshawar are situated at a distance of about a hundred kilometres from his village, and it is impossible for him to travel there daily. He said the financial condition of his parents is not strong enough to support his education in Peshawar or Bara.

Abdullah, who hails from Zakhakhel tribe, told TNN that he has obtained 824 marks and he wanted to get medical education and serve his area. His father also wants to educate his son in Peshawar, but is unable to do so due to financial constraints.

Rehmat Gul, Director at Hanifa Model School, Pir Mela, informed that 72 students passed matric exam from his school this year. He said so far only one student has got admission in Peshawar as his financial condition was better. He said only three or four students from his school would manage to go to Peshawar, while the rest will face challenges in continuing their education.

This year, about 172 students have passed matric exam from Tirah Maidan schools. Rehmat Gul estimated that about 20 of these students will continue their education, while the rest will suffer due to lack of facilities.

Sher Muhammad Afridi, a local social activist, said the situation of education facilities is very poor in Tirah. He said the future of students is continuously destroyed in the area due to lack of higher education facilities. He called upon the government to make arrangement for admission of Tirah students to get admission in colleges, and save their future.

Zahidullah Afridi from Khyber Union said law and order has been restored in Tirah and after merger with Khyber Pakhtunkhwa, there is no hurdle as such to establish new colleges in the area. He called upon the elected representatives to play their role in this regard. He said key to development of any area lies in educating the youth on modern lines.