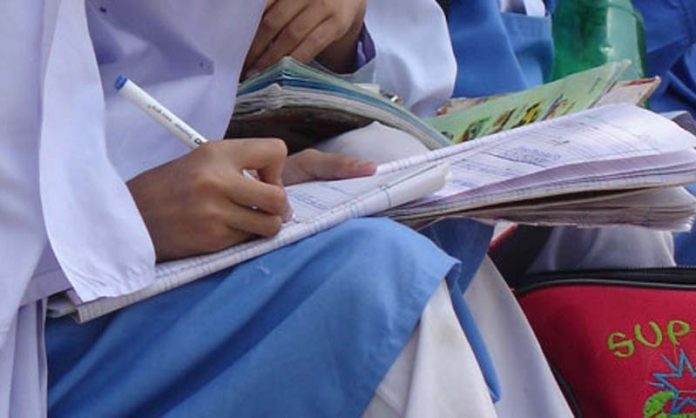 PESHAWAR: Niaz Bibi from Basti Darbar village of Mandran Kalan Union Council in Dera Ismail Khan says she has stopped her eight-year-old daughter, Fatima, from going to school after increasing incidents of sexual abuse of girls.

Niaz Bibi believes that sending girls to school along with boys in such a situation is like turning a blind eye to clearly visible threat. However, she is concerned about lack of education facilities for girls in the area.

Due to lack of any separate girls school, about 80 percent girls belonging to humble background in Basti Darbar village attend their classes in the boys school.

Niaz Bibi says majority of people in the area are poor and they cannot afford to send their girls to private schools. She says over 200 girls in the area are deprived of education due to these problems.

Local journalist Sumera Latif said while talking to TNN that not only the financial problems, the cultural issues and discriminatory treatment with girls is also a reason behind not sending them to school. She said it is unfortunate that people don’t focus on girls education in the same manner as they invest on the education of boys. She said people of the area don’t send their girls to school on pretext of financial constraints and cultural issues, but no such problems are witnessed when it comes to the schooling of boys.

Sumera says the problem can be resolved if efforts are made to promote education without any discrimination on the basis of gender.

Social activist Ghulam Fatima said she held a meeting with the district education officer in 2018 over lack of school for girls after which he allowed the classes of girls in the boys school. She said about a hundred girls enrolled in the boys school, but many more remained deprived of education as their parents did not want to send them to boys school. She said several applications were filed with the concerned authorities and elected representatives for establishment of a separate building for girls school, but no action was taken.

Educationist Khadim Hussain told TNN that the school building would not be enough as people’s mindset must also be changed about girls education. He said people invest in boys’ education hoping that he will support the family in future, and girls are ignored as they are considered a temporary member of the family who must be married off.

Fatima’s father said he and many other people in the village will send their girls to school if separate building is provided to them.

KP Education Minister Akbar Ayub says Rs30 billion have been allocated in the provincial budget for the year 2020-21 for education. He said 89 schools were upgraded last year and 122 community schools were also established for over 5,000 girls students.