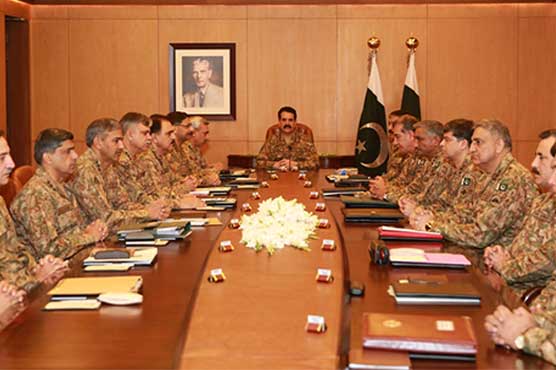 PESHAWAR, 13 August: Chief of Army Staff (COAS) General Raheel Sharif has said that lack of progress on the National Action Plan (NAP) was affecting the gains of operation Zarb-e-Azb against terrorists.

The ISPR said a high level security meeting headed by the Army Chief was held at the General Headquarters (GHQ) in Rawalpindi on Friday which reviewed progress on operation Zarb-e-Azb.

General Raheel said the NAP is an essential ingredient for achieving the targets, adding that lack of progress on the plan will affect the gains of operation Zarb-e-Azb in North Waziristan.

The Army Chief said the long war against terrorism is heading towards its end and its benefits have started to reach the people. He said the whole nation is standing shoulder to shoulder with the armed forces. However, he said statements by some quarters are unhelpful and undermining the whole national effort.