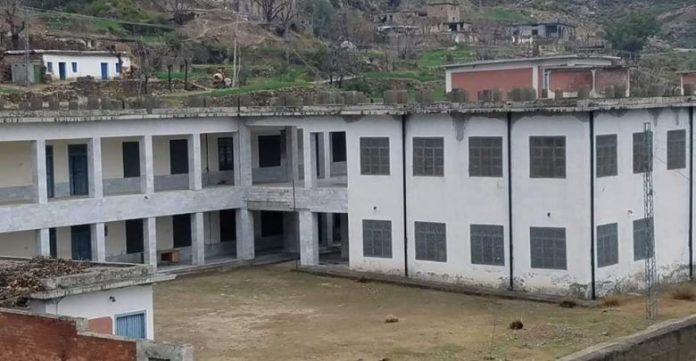 BAJAUR: The government girls’ high school in Shamozai is facing teaching shortage as Khyber Pakhtunkhwa elementary and secondary education department is failed to grant approval for recruiting new teachers of the school.

According to local elders Malik Rehman-Ud-Din, the girls’ schools in Shamozai couldn’t only get approval for new teachers for middle school but there are also only two teachers in government girls high school who are unable to teach the whole school in a proper manner.

During the talks with TNN, he said, “Government Girls’ High School was approved on January 7, 2013, but the mistake was that the middle section was not approved at that time. We put a lot of effort in, but we are still unable to approve the middle section from the government.”

Malik Rehman-Ud-din said that the school has a high number of students because it is the only high school in the area but there are only two teachers, making it difficult for the students to get the proper education. He also said that a few days ago, middle schools were approved in Bajaur, but it didn’t include the school of Shamozai, which is injustice with girls in the area.

According to local sources, the school located in Shamozai was the first to be given the status of a high school and as the building was completed in 2008, but children still suffer due to lack of teaching staff.

Another local man, Wajid Anwar, told TNN that the middle school building has been constructed and the girls actively attend school but now disappointment has been spread among the local students due to lack of staff and government apathy.

Wajid Anwar and Malik Rahman-Ud-din have appealed to elected representatives and education department to approve teachers for the middle section of the school as well as for high school so that the girls of the area can continue their education.

On the other hand, the Principal of the Raghgan school and the Bajaur Committee member of the Education Department, Shereen Zada, said in an exclusive interview with TNN that despite the educational emergency, the condition of the schools in Bajaur is depressing while with each year, the number of students is increasing, but the number of teachers is still the same.

He said that earlier tribal districts were federally administered, their budget was used to be with SAFRON, so when the schools were ready, the education department would write to SAFRON for its section, but unfortunately SAFRON officials worked very slowly and problems were so complex that even the schools formed in 2003 could not get active and their buildings are now in a dilapidated condition.

He hoped that after the merger with KP, they are hopeful the process will be expatiated and schools will get proper facilities and staff. Shereen Zada said, “There are currently 643 primary, middle and high schools in Bajaur. However, as per the proportion of the population, the number should have been 1,200 schools.

Similarly, he added, Bajaur has 1,800 teachers but the district needs 4200 teachers due to which the district has lagged behind in education. Shereen said that there are also schools in Bajaur where the number of students is very high, making it very difficult for few teachers to teach them.