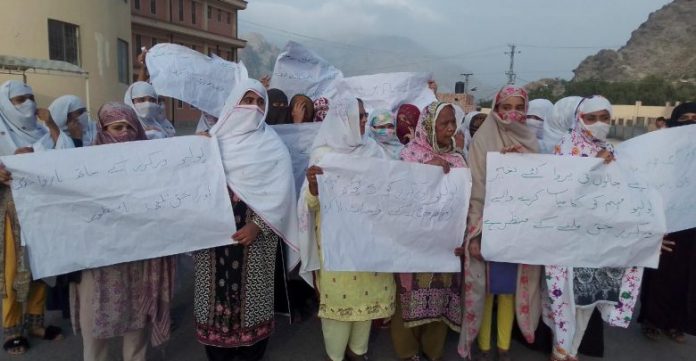 LANDIKOTAL: The lady health workers of Landikotal sub-division of Khyber tribal district have said that they have not received their salaries for the last four months.

About 200 lady health workers staged protest demonstration outside Landikotal Headquarters Hospital on Thursday over not receiving their salaries. The protesting health workers said they participated in the polio vaccination campaigns with honesty and dedication during the last four months, but they did not receive salaries. They said there is no sign from the authorities that they will get their salaries anytime soon, therefore, there was no other option with them other than protest.

“We performed our duties with dedication in winter and summer. If the government was not willing to pay us remuneration then it should have told us earlier that there is no remuneration for this job. It is unfair to take duties from us and then deprive us of our hard-earned salaries,” a protesting lady health worker said while talking to TNN.

She alleged that the government deceived the lady health workers as they performed their duties and they are not getting remuneration for it. She said some officials are telling health workers why they adopted this profession and they won’t get salary so easily. She said the government shouldn’t appoint people on jobs when it doesn’t have intention to pay them on time.

Participants of the protest were holding banners and placards inscribed with slogans in favour of their demands. They demanded the government to ensure payment of their four-month salary before Eidul Azha.

The version of the agency surgeon put further doubts on the chances that the lady health workers will get their salaries anytime soon as there is uncertainty as to who will pay salaries to the workers. Lady health workers stage protests from time to time in different areas of tribal districts over non-payment of salaries.