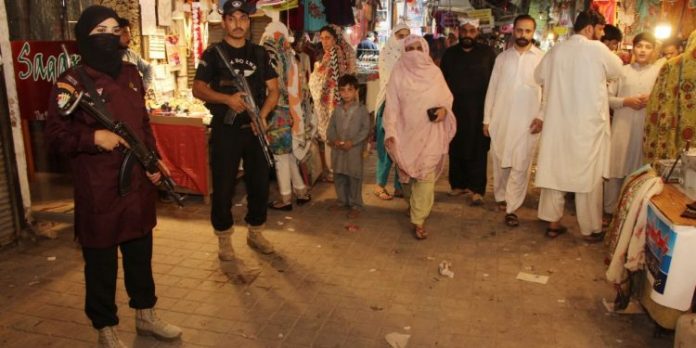 Police spokesman Ilyas Sadozai said Capital City Police Officer (CCPO) Qazi Jameelur Rehman has already devised a security plan for Eidul Fitr. He said that under the plan, over 3,000 policemen will perform security duties during three days of Eid. He said the holidays of the police personnel have been cancelled keeping in view the shortage of the personnel.

The patrolling of the police and rider force will be increased in the city and monitoring of the entry and exit routes of the city will also be increased to keep the security situation under control. Additional police force has also been deployed at all the important shopping markets and highways. Check posts have been set up at over a hundred points across Peshawar with special focus on entry and exit points. The official said the Quick Response Force and the Rapid Response Force have also been made active. 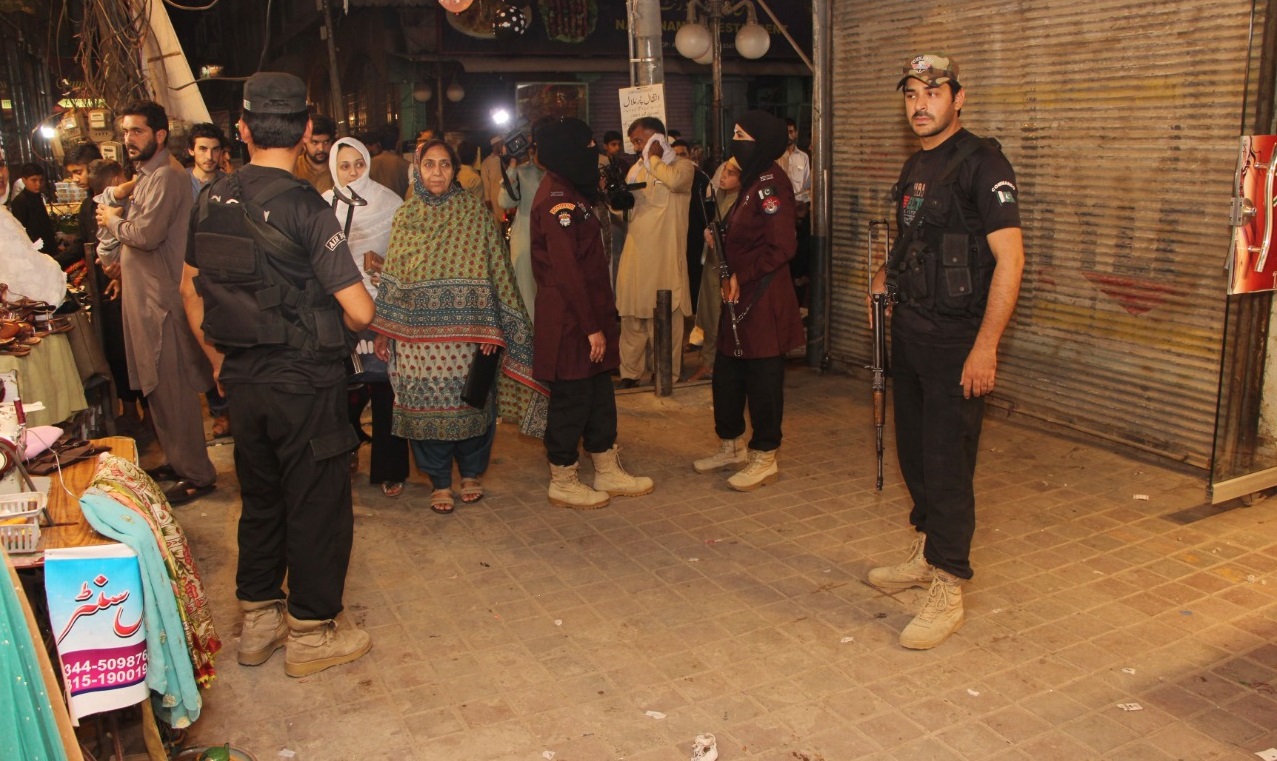 Policemen in plain clothes have also been deployed to keep an eye on suspected miscreants. The spokesman said ladies police personnel have been deployed in ladies bazaars. He said ladies police commandos have been deployed keeping in view the increased security needs on the occasion of Eid as the bazaars are witnessing huge influx of people for shopping and other needs. The lady police personnel will perform duties at the entry and exit of the ladies bazaars and they will also perform patrolling in the shopping markets.

The traffic police personnel have also been directed to remain on roads till 2:00am to ensure smooth flow of traffic in the busy trade centres.

Security of the mosques and worship places for other communities has also been increased. The KP Police has also asked Ulema and civil society activists to play positive role to make people aware of the negative consequences of aerial firing in the province. The Ulema have been requested to announce through speakers of mosques against the aerial firing on eve of Eid and explain how it can affect human lives.