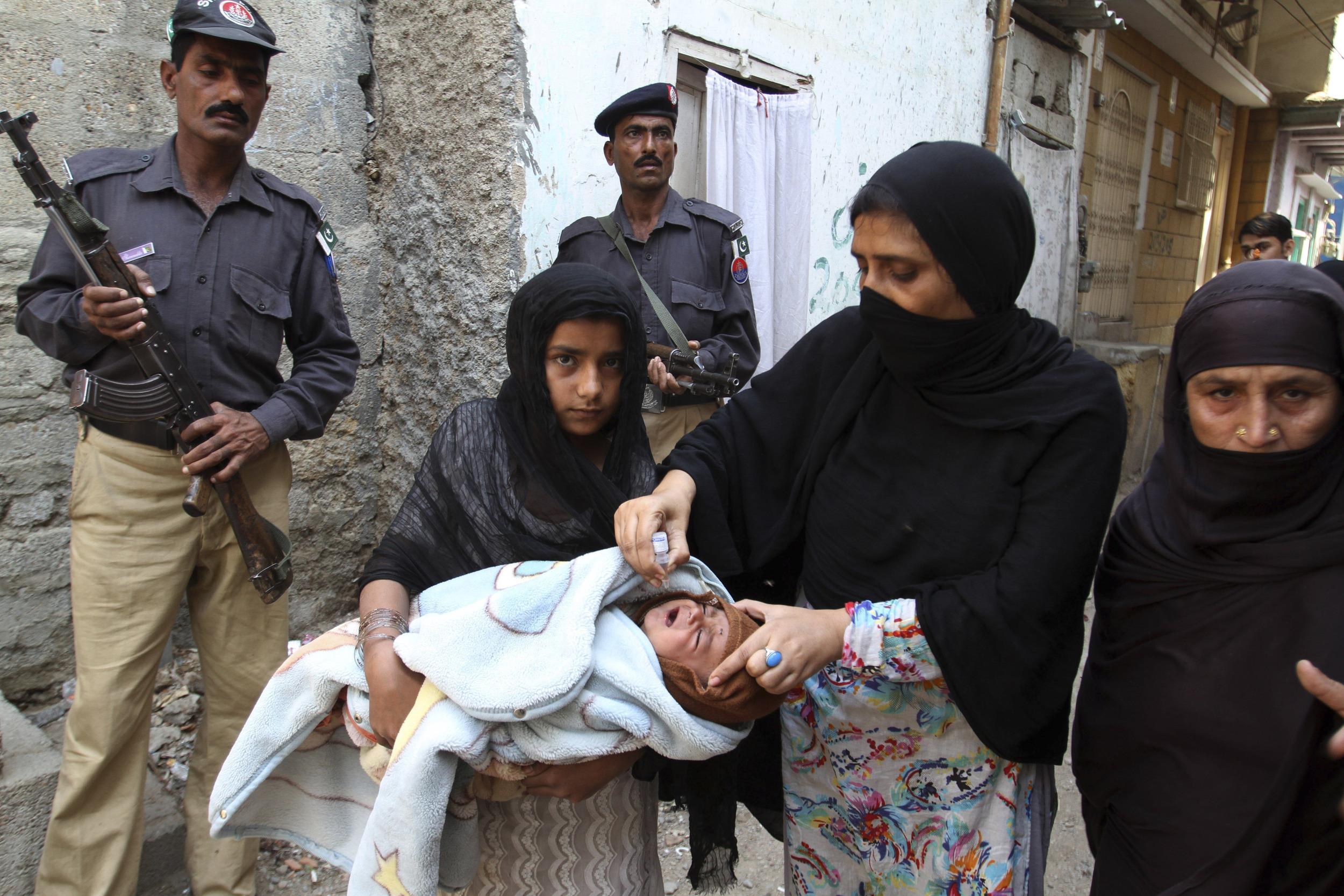 Police said that the polio worker was administering drops to children in a house when relatives of the children Muqeem Shah and Irfan Shah tortured her and opened fire on her. The lady remained unhurt in the firing.

The accused have been taken into custody and terrorism case has been lodged against them, the police added.

Police said that members of the family had refused to administer polio drops to their children.