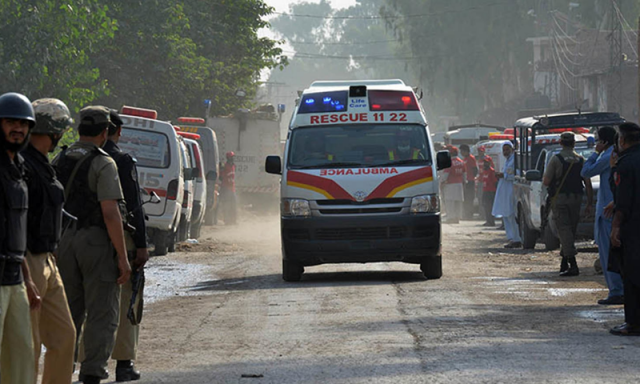 LAKKI MARWAT: The Tribal elders have ensured the deputy commissioner and the security forces that the perpetrators behind the attack on Khyber Pakhtunkhwa education monitoring team will be handed over to the government within 48 hours.

The Deputy Commissioner Jahangir Azam has called the jirga with the Bethani tribal elders to press them to produce the persons responsible for the attack that left two killed, including a woman, and four were injured.

Their vehicle came under attack when they were visiting to monitor schools in the area. The jirga of local elders was called by District administration and security officials. Pakistan Army officer, Colonel Usman was also participated and presided the jirga along with the deputy commissioner.

Noted elders of the area including Malik Awal Khan, Malik Sharabat Khan, Malik Qazam Khan and others were the part of jirga. The tribal elders were directed to produce the two attackers and their facilitators to the government who reportedly belong to the same area. In the first, the tribal elders asked for 72 hours time, but to due to the pressure of the administration and security forces, the time was reduced to 48 hours with the assurance that they will produce the perpetrators of the attack before the administration in every condition.

The team of KP education department Independent Monitoring Unit (IMU) came under attack, yesterday during their first visit to the tribal region after the merger.  A lady Safia Bibi, who as the employee of IMU in Lakki Marwat and Akhtar Ali, Levy Sepoy died in the attack.

Four persons were injured who were identified as Atta Ur Reham, an employee of IMU in Lakki Marwat, Allah Noor, a school Teacher, Hamidullah, driver of the IMU Lakki, and Wali Muhammad, Khasadar sepoy. Allah Noor and Wali Muhammad are stated to be in critical condition at the hospital.