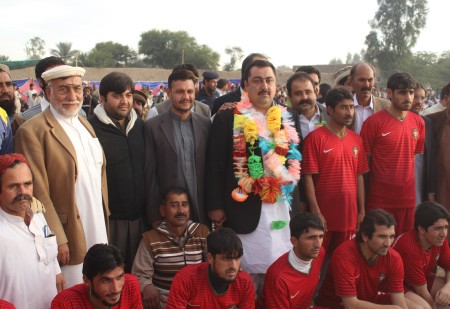 In the final match of the tournament played at Tor Warsak ground on Friday, Lakki Star defeated Fazal Eleven 1-0. Jamshed Ali Shah won player of the match award for scoring the only goal of the final match.

The final match of the tournament was played at Pathankot ground on Friday where Front Club defeated Serai Naurang Machankhel Club 1-0.