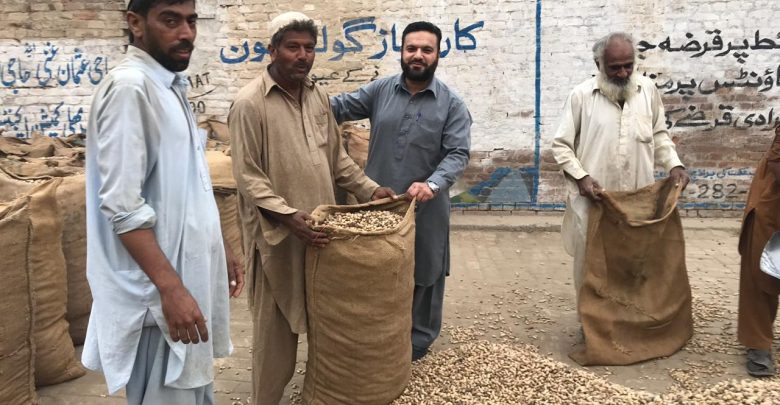 NOWSHERA: Khyber Pakhtunkhwa government has imposed section 4 on lands along Motorway near Jehangira area of Nowshera. The land is being purchased to pave way for construction of a mega city under China Pakistan Economic Corridor.

However, thousands of farmers fear to lose their lands as well income sources that they would earn from farming peanuts and wheats on their lands. The government has decided to acquire thousands of kanals of land for construction of mega city.

They say that they grow peanuts since independence on these lands, adding that the production this year was higher than they expected due to timely rains.

The farmers said that they supply peanuts to parts of the country as well as to export them to Afghanistan.

Saifur Rahman, a peanut grower, said that peanuts of high quality grow there that are liked across the country. Peanuts grow here are sweeter and bigger in size which is why it has high demand in local market, he said, adding that more than 15000 farmers were attached to its farming.

He added that thousands of families were dependent on peanuts farming while the government has now imposed Section 4 to occupy our lands that will deprive them of their sources of income.

The locals have staged protest against depriving them of their lands and even moved the Peshawar High Court. They appealed to Chief Justice Supreme Court of Pakistan to take notice and save their lands.