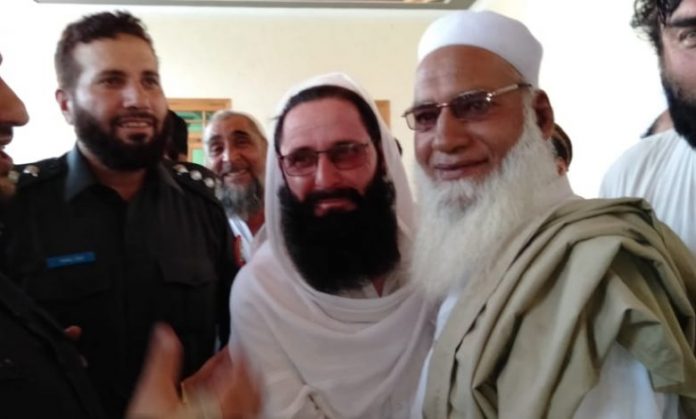 BARA: A hope has been created for resolution of a long standing dispute between Maroofkhel and Mirghatkhel sub-tribes of Akakhel tribe in Bara sub-division of Khyber tribal district as both tribes have agreed to cease fire on intervention of local elders and administration.

The elders of both tribes have signed the ceasefire document and violator of the agreement will face Rs20 million fine and legal action. Another Jirga on the issue will be held today (Friday) to try to find a permanent solution to the dispute.

According to a statement issued by Zakhakhel Aman Tanzeem (peace organisation), meetings are being held between the two groups to resolve the issue with the efforts of tribal elders and district police. The Jirga, which is negotiating with the two tribes include tribal elders of repute, religious scholars and negotiators from both sides.

Zakhakhel Aman Tanzeem leader Maulana Noor Muhammad said while addressing the Jirga that meetings were also held earlier as part of efforts to resolve the issue, but this Jirga has got success in ensuring ceasefire. He said all kinds of disputes can be resolved with trust of both the parties and public at large. He said the only purpose behind organising the Jirga is to ensure peace in the area and end rivalries between the two tribes. He said the dispute will be resolved according to tribal traditions.

The Jirga recorded statements of representatives of both sides and took signatures from them to remain peaceful till final decision on the issue.

There is a long standing dispute between Maroofkhel and Mirghatkhel tribes which has inflicted massive losses in men and material on both sides.

On June 29, a policeman was injured in firing over the dispute. Clashes happened between the two rival sub-tribes June 28. The next day, the elders of Afridi tribe and Khyber district police reached the area as part of their efforts to ensure ceasefire. However, the police party came under fire in the way due to which Additional Station House Officer Aqal Ghamin sustained injuries.

In February, one person was killed and another was injured, while 17 houses were set on fire as Maroofkhel and Mirghatkhel tribes clashed in Akakhel area.