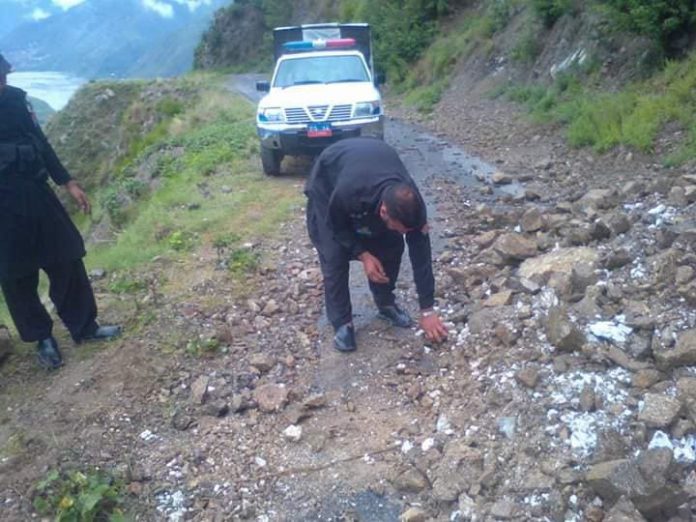 TORGHAR: Land sliding in Torghar district of Khyber Pakhtunkhwa after heavy rain has blocked several roads due to which the local people are facing many difficulties.

The people of the area are busy in clearing the roads on self-help basis as the relevant department and its vehicles or machinery is not visible anywhere.

Heavy rain in Torghar on Friday damaged several houses and roads were also blocked due to land sliding. Local sources said Mangri,-Kamesar, Darband-Thakot and Doba-Madakhel roads have been blocked due to land sliding. These roads link various villages to the main road. Due to blockage of these roads, the people of many villages are facing difficulties in their movement. Eid is just two days away and people had to go to cattle markets to buy sacrificial animals and many people are arriving in their villages on Eid holidays and they are suffering a lot due to blockage of roads. 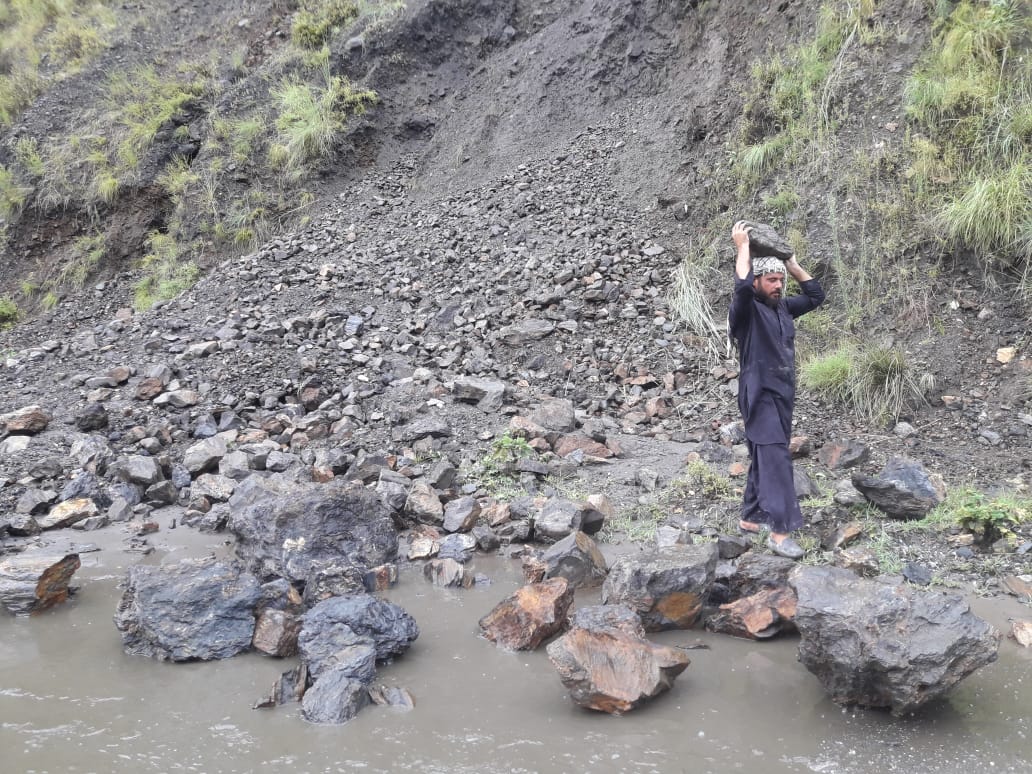 There is no large market in Torghar where all the people could buy all necessary items for Eid, therefore, many people go to other areas for Eid shopping.

The main bridge connecting Torghar with Shangla has also been damaged and people cross the bridge under very dangerous circumstances. The local people complained that the poor condition of the road pose serious threat to the residents and it may cause some mishap, while the local administration is playing the role of silent spectator. The people of the area have demanded the Khyber Pakhtunkhwa government to take notice of the matter and issue directions to the district administration to take steps for opening the roads as soon as possible. 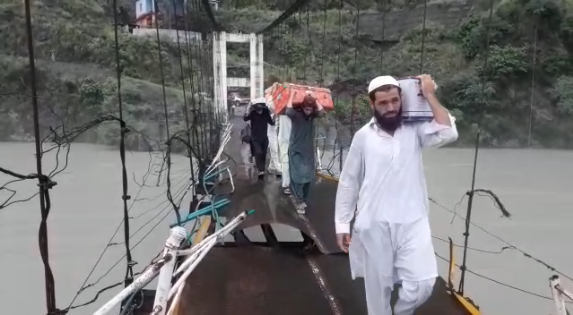 The Pakistan Metrological Department (PMD) had already predicted rain in many parts of KP and land sliding in mountainous areas. Advisor was also issued to the relevant departments to take necessary steps to be prepared for any emergency situation. However, that advisory fell flat at least in Torghar district as the administration is not visible anywhere to open the roads and end the difficulties of the local people.

More rain is predicted in some parts of KP during the next 24 hours.