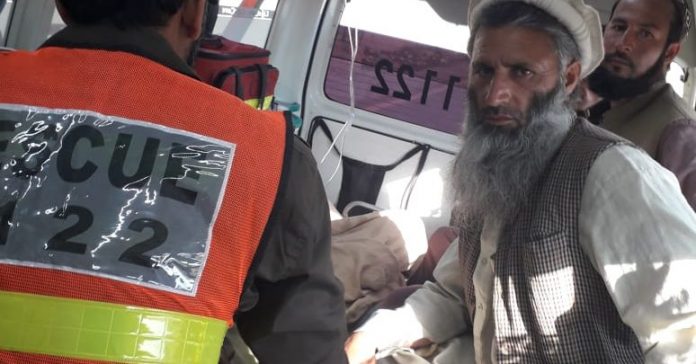 SWAT: Six people of a family lost their lives and another sustained injuries when a huge land piece fell on a house in Swat on Thursday.

According to Rescue 1122 officials, the land sliding happened in Batan area, situated at two-hour drive from Mataltan area of Kalam. A huge land piece fell on a house which trapped seven people.

The Rescue 1122 officials reached the incident site after walking for two hours on foot as the area has a difficult terrain and vehicles cannot reach there. The bodies and the injured were retrieved from the rubble with the help of locals. Six people died in the incident and one was injured. The deceased include five women and a child. The injured was shifted to hospital.

The administration of University of Swat has issued show-cause notices to students who protested over non-availability of clean drinking water in the university.

The students of Sangota Campus of the university had pasted posters at water coolers, doors, busses and walls to record protest against non-availability of water at the university.

After students’ protest, the university administration made arrangements for water supply in coolers and also completed repair and maintenance work. However, the administration also issued show-cause notices to students for violating discipline.

The students resorted to protest only after they failed to get the facility despite several complaints. The issue was also highlighted by the students on the media few days ago which apparently infuriated the administration.