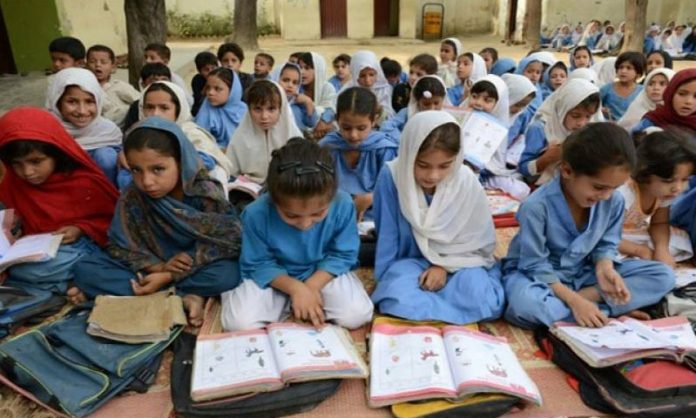 It said that school rehabilitation was completed within a short period of 70 days. The school will contribute to the provision of quality education to the 125 female students of the nearby localities enrolled in different grades from kindergarten to class 5.

The rehabilitation work covered under the community project includes the major renovation of four classrooms, four washrooms and the staff quarter which is attached to the school premises.

The statement said that school has been provided electricity thorugh solar power. Besides drinking water has provided through borewell and inclusion of green spaces through horticulture have also been done as part of the school’s rehabilitation.

The community project could be completed on fast-track basis due to the active involvement and support of the local communities, a hallmark of the PCSP.

PCSP Project Director Tillat Fahad in her speech said, “The school rehabilitation is part of the 17 goodwill schemes which have been initiated on priority basis in the three project districts including Khyber, Peshawar and Nowshera”.

These schemes include upgrading the infrastructure and improving the facilities at the selected government girls primary schools, basic health units and civil dispensaries, she added.

In addition to the goodwill schemes, community-driven development projects worth Rs 56.34 million, PKR 38.83 million and PKR 13.97 million have also been approved in the initial phase for Khyber, Nowshera and Peshawar districts respectively.

Aamir Afridi, the General Secretary of the Community Development Council (CDC), Rokhana Sabawoon Falahi Committee that administered the community project implementation said, “Development activities supported by PCSP in Landi Kotal and other areas of Khyber are based entirely on the community needs

Under the project implementation so far, 155 CDCs have been formed including women sub-committees, youth development committees, participatory monitoring committees and operation and maintenance committees.

The registration of 61 CDCs with the government authorities has been done while bank accounts have also been opened for 39 CDCs for smooth execution of the community projects. It is important to mention that 10 per cent of the total cost of the community projects is pooled through community contribution in-kind which includes unskilled labor, local transportation, land excavation and material carriage.