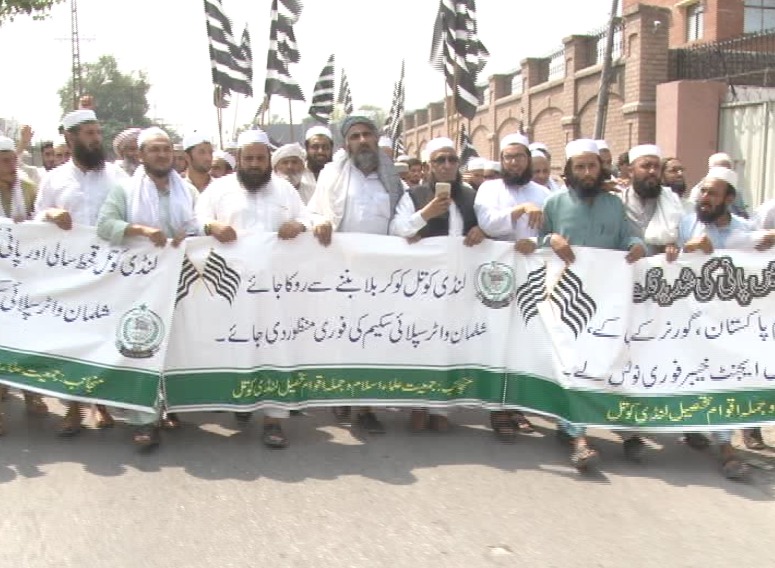 PESHAWAR: Residents of Landi Kotal tehsil on Wednesday staged a protest against shortage of drinking water and demanded of the governor Khyber Pakhtunkhwa to allocate funds for tube-wells in the area.

Ijaz Shinwari said that around 0.3 million residents have no or little access to clean drinking water in the area. He said that they would use water from nearby springs that have gone dry due to fall in rains.

He said that the then governor Iftikhar Hussain Shah had approved Shalman Water Supply Scheme in 2004 and fund was too allocated for it but it was yet to be materialized.

He demanded of the Governor Iqbal Zafar Jagra to take notice of water shortage in the area and threatened to block Pak-Afghan highway in protest if he failed to pay heed to their demand.

“We have gathered to tell that there is water shortage in our area since 2004 and ask the governor to construct Shalman Water Supply Scheme to resolve the problem,” he said while talking to Tribal News Network.

He also said that LandiKhana Water Supply Scheme was too in doll drums that was approved in 2016.