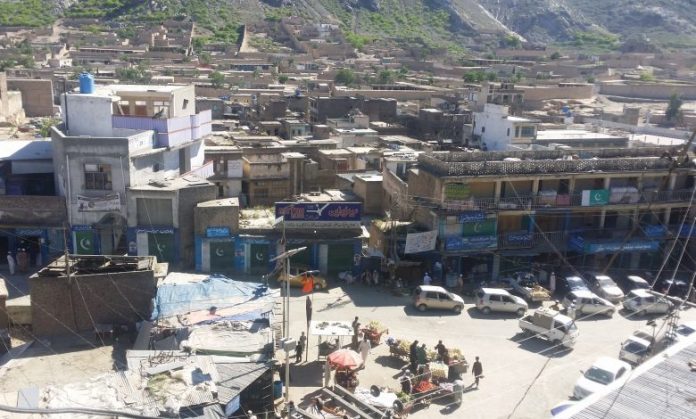 LANDIKOTAL: Traffic policemen in Landikotal bazaar of Khyber tribal district lack basic facilities and equipment due to which the whole bazaar presents a look of car parking area.

The personnel of city police in Landikotal have not got the facilities of motorcycles, car lifter and other necessary equipment due to which they face difficulties in managing traffic of the city. The whole bazaar is presenting a look of a car parking area due to mismanagement.

A traffic police personnel said while talking to TNN that the situation can improve if they were provided car lifter, motorcycles and other facilities. He said traffic policemen had to patrol the city on their feet, which is a difficult, tiresome and time-consuming exercise. He said the policemen cannot reach every part of the city quickly to manage traffic flow. By the time they reach a trouble spot of traffic, the issues go from bad to worse and then clearing of traffic takes a lot of time. This results in waste of time and fuel of travellers.

Presently, there are 24 traffic police personnel in Landikotal city who work in two shifts. They had to manage traffic on their own without any equipment. The situation is more complex when some personnel go on leave. They said they can even manage with a single car lifter and at least two motorcycles which they may use on rotation basis until they get more.

Presently, the traffic congestion has also affected businessmen as cars are parked outside the shops blocking the entry of customers. There is no separate parking area and the moving vehicles, when stranded, case further trouble. The people of Landikotal bazaar, particularly the businessmen, have demanded the relevant authorities to take notice of the matter and provide facilities to policemen to resolve the problem.

After merger of erstwhile Fata with Khyber Pakhtunkhwa, the police system of the province was also extended to merged tribal districts. In this way the traffic police system was also introduced in the merged districts first time in history. People said traffic police can give positive results only if they are provided all facilities like Peshawar Police.