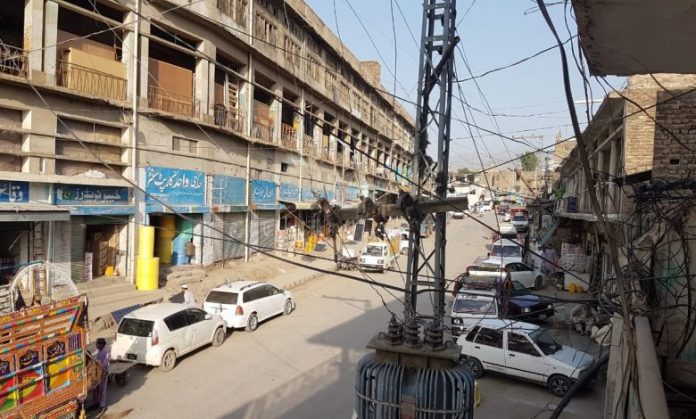 The shopkeepers of Landikotal are having a difficult time now a days due to sharp decline in customers and they spend their time while playing with their smartphones.

I had to visit Landikotal Bazaar to buy some necessary items where I found every shopkeeper gloomy. This is the same bazaar where it was even difficult to walk due to presence of a large number of customers, but now the situation has changed drastically.

Some markets have been established in the suburbs of Landikotal, so the customers are diverted there, but it is also a fact that population is growing at a rapid pace and the old market in Landikotal should not be affected as such. Shopkeepers believe that the businesses of the people of Torkham have been affected badly and their purchasing power has reduced considerably, which has ultimately resulted in low sales in shops of Landikotal Bazaar. They say people of Torkham used to work and earn about Rs1,000 or more on daily basis and while returning home they used to buy different items from Landikotal Bazaar. However, they say, after decline in businesses on Torkham border, now the number of customers visiting Landikotal Bazaar has significantly reduced.

Some of the local people told that their purchasing power has reduced significantly due to increasing unemployment, poverty and unprecedented inflation. They said they government has done nothing to reduce inflation and unemployment, which has added to rise in poverty ratio.

The local people said everyone knows that Landikotal has a historic significance, but that is not enough to feed their children as practical steps are needed to provide jobs to people. They said the most urgent step which is needed in Landikotal is establishment of industries to employ the local youth. They said if the situation remained the same then the people will continue shifting to other areas where they can find jobs and education for their children. They said continued indifference by the ruling elite will turn the situation from bad to worse and it is feared that the youth will indulge in negative activities. They also demanded the government to resolve problems of electricity and water supply in the area.