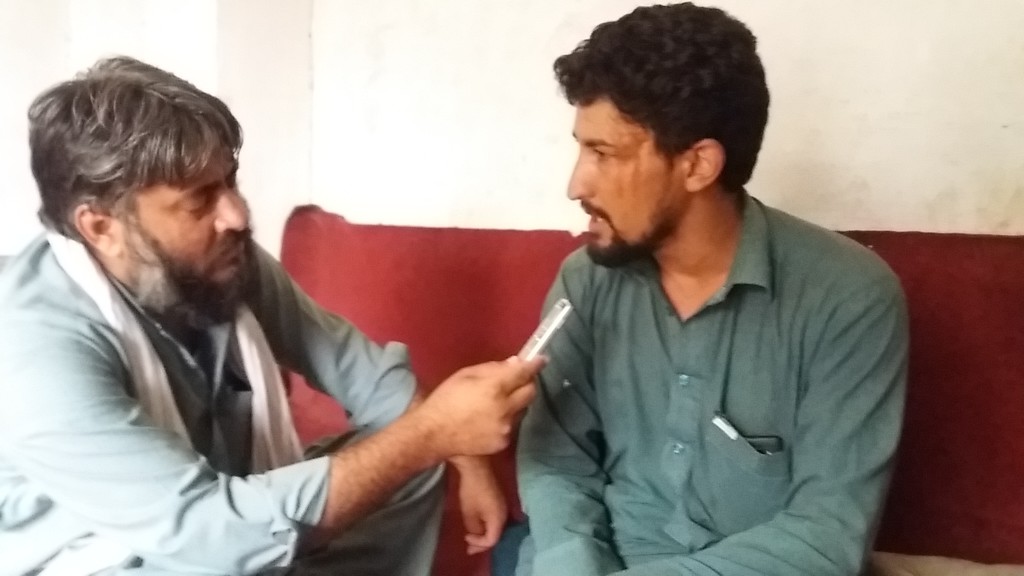 Landmines survivors face enormous physical, psychological and socioeconomic difficulties in their rest of life. But very few people are aware of their situation.  According to Pakistan Red Crescent, 2000 people have either been injured or killed over the last 10 years in FATA.

Arab Shah, who is hailing from Salarzai area of Bajaur Agency, is one of the hundreds of people disabled by landmine blasts. He went through difficult circumstances after falling prey to the blast but did not lose his courage.

During an interview with The Tribal News Network, he said he lost a leg in a planted landmine blast occurred outside his house. He recalled when he ran towards his next-door neighbor after hearing a blast which left a woman injured.

“I ran to help the injured woman and stepped on a buried landmine which suddenly exploded” he recalled.

He was taken to Peshawar where he was given free of cost treatment. He still bears injuries marks on his hands, face, and body. He said he never ever had heard about landmines otherwise he would take care.

Equipped with the art of tailoring, he continued to earn a respectable living despite his physical disability.

“Before losing my leg, I was in Saudi Arabia. I worked as a tailor for sometimes but now I have bought a rickshaw to earn a living for my family,” he said.

He is a father of four children who has admitted two of his elder sons to a local school.

“I am thankful to Allah Almighty for granting me this courage as my family is not dependent on anyone and I can still support it,” he said.

He said that government was making all-out efforts to clear the deadly mines from Bajaur Agency and appealed to the people to inform authorities concerned if they see anything suspicious before touching it.