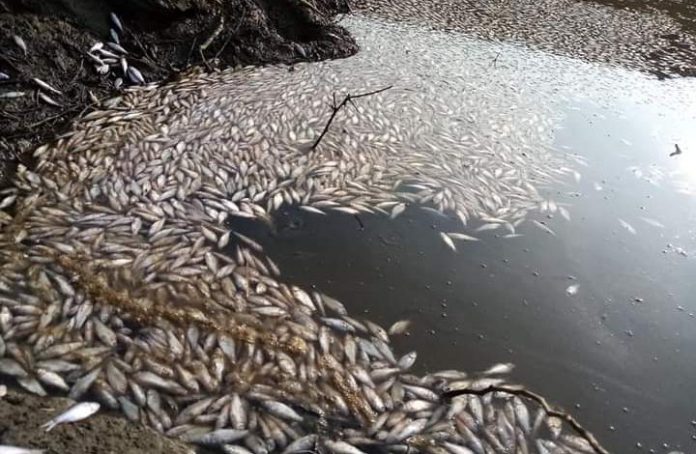 GHALLANAI: Tens of thousands of fish have been found dead in Pandyali small dam of Mohmand tribal district under mysterious circumstances.

The Fisheries Department has sent the samples of dead fish and water of the dam to Peshawar for tests to ascertain the reasons behind the development.

Local sources said the barani small dam in Aqrab Daag, tehsil Pandyali in Mohmand had a fisheries spot where large numbers of fish are found dead. The Fisheries Department is clueless about the matter and it has sent the samples of water and dead fish for investigation to Peshawar.

The Fisheries Department believes that the fish were dead due to some chemical, shortage of oxygen or electric current.

The people of the area have expressed grave concern over the issue and demanded investigation to ascertain the real reasons. The people said there was no watchman at the site of the dam where fish were found dead. They said police has not made any progress in the investigation.

The Khyber Pakhtunkhwa Health Department and District Administration of Mohmand have jointly launched coronavirus awareness campaign to avoid the spread of the disease which has the potential of causing more damages during the second wave.

During the campaign, cooperation is being sought from opinion leaders including Ulema, tribal elders and civil society in stemming the spread of corona.

Dr Shabbir said at present 66 million people worldwide had been infected with the COVID-19 and over 1.5 million people had died. He said about 400,000 people in Pakistan had been infected with the deadly disease, which had claimed about 8,500 lives so far. He said control over the disease is not possible until the people take precautionary measures.

Saiful Islam said the awareness drive was launched to protect people from coronavirus and provide them information on precautionary measures. He urged the Ulema, civil society and media representatives to play their due role to inform people about this dangerous disease.