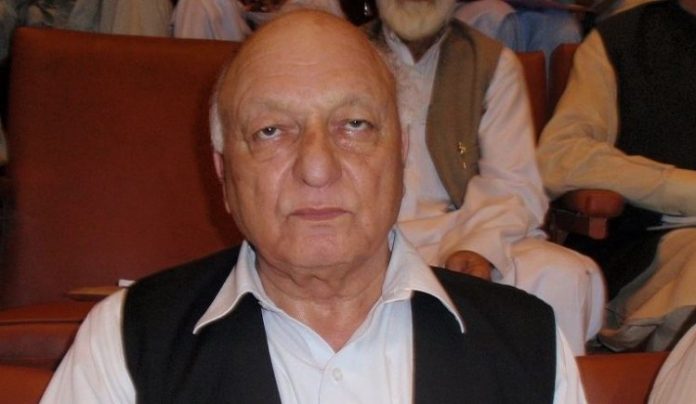 The election to elect office-holders of the PHCBA was held in Peshawar and seven other districts of Khyber Pakhtunkhwa on Saturday. The election of the bar is held every year. The polling initiated at 8:00am and continued till 4:00pm. A total of 1,700 voters used their vote in Saturday’s election.

In this year’s election, Abdul Latif Afridi defeated Khalid Mehmood by a margin of 122 votes. Latif Afridi secured 739, while his closest rival Khalid Mehmood secured 617 votes. Another contender, Mohibullah Kakakhel, was also in the race. However, he remained far behind with 160 votes.

The alliance candidate Abid Ali became general secretary by obtaining 1,069 votes against his rival Babar Khan Yousafzai, who got 447 votes.

Insaf Lawyers Forum also won the position of joint secretary. Muhammad Furqan Yousafzai won the election on this position with 960 votes against Habibullah Mohmand who got 532 votes.

In another development, Ambreen Gulzar, was elected as finance secretary. It is first time that a woman candidate has won the positon of PHCBA finance secretary, and that too unopposed. She is affiliated with Malgari Wakeelan. The election for the position of press secretary was won by Zahir Shah. He was an independent candidate and no one contested against him, therefore, he was elected unopposed.