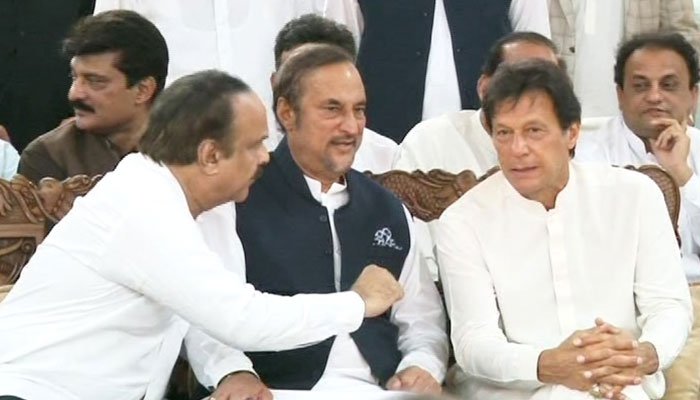 PESHAWAR: The Pakistan Tehreek-e-Insaf (PTI) Chairman Imran Khan’s counsel Babar Awan on Thursday assured the Election Commission of Pakistan (ECP) that the party chief will not use abusive language against his opponents during electioneering.

The electoral body in a suo motu notice had directed the PTI chief or his counsel to appear before its four-member bench.

At a political gathering in Narowal (Punjab), Imran had said that any PML-N worker with a clear conscience would not go to the airport to receive Nawaz Sharif. He had also stated that whoever will go to receive Nawaz will be a donkey (fool).

Babar Awan initially tried to defend his leader by saying that ‘donkey’ is an ordinary term. He also played the PML-N leader Ayaz Sadiq’s video clip in which he had made derogatory remarks against the PTI. The ECP told Mr Awan that more notices are also going to be issued. Ayaz Sadiq had stated that anyone voting for the PTI would be ‘honourless’.

The Election Commission barred Imran Khan from using derogatory language to which Mr Awan agreed and submitted a written statement on behalf of the PTI chairman to abide by the ECP orders.