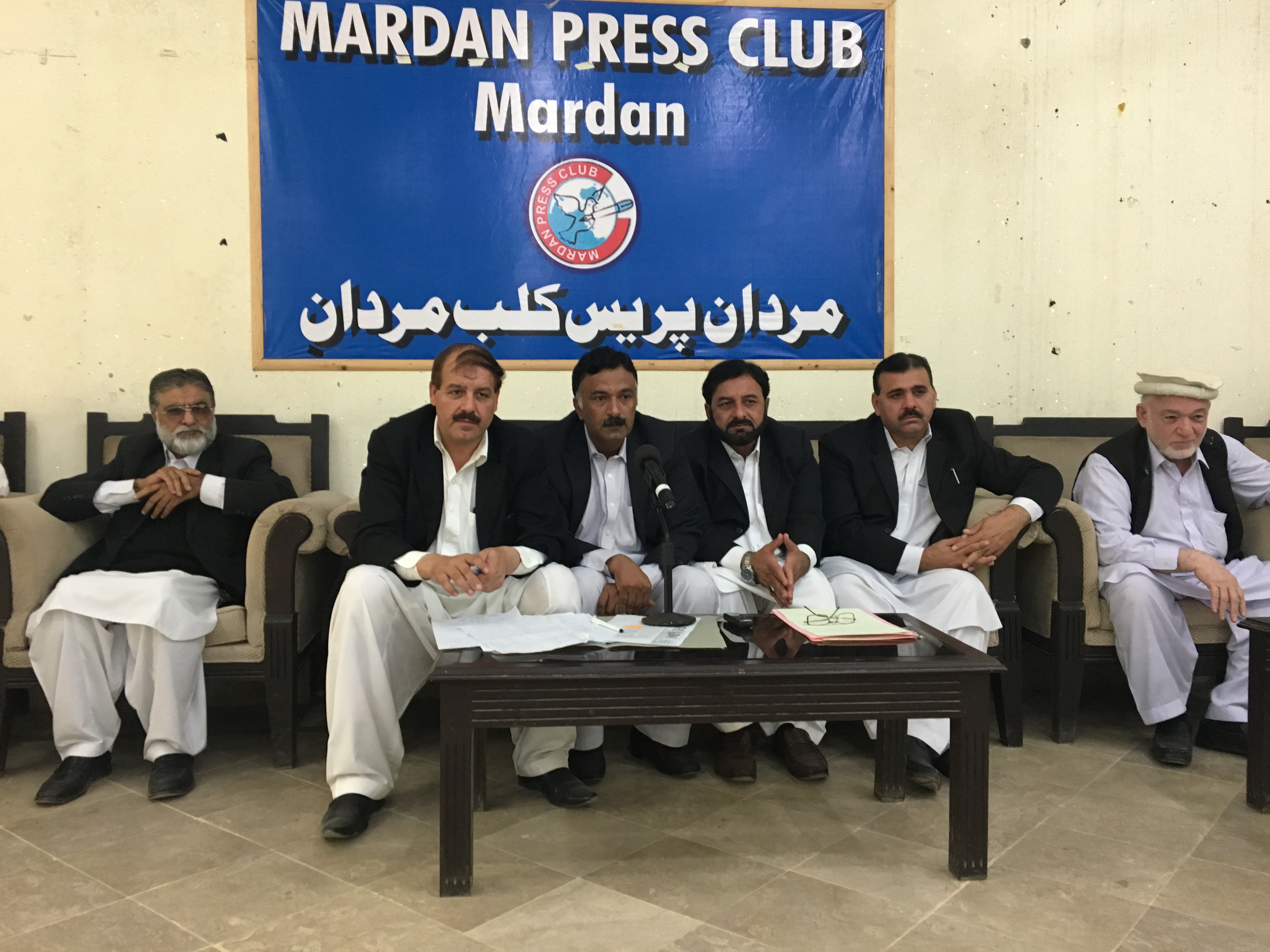 MARDAN, 20 November: Members of the legal fraternity on Monday boycotted courts’ proceedings to register their protest against the provincial government for not releasing financial grant to the district bar association.

The lawyers also took out a rally from the district courts to the press club. Later, speaking at a news conference, president of the district bar association Islam Wardag said that Provincial Minister for Education Muhammad Atif Khan had announced Rs5 million grant for them and construction of a new judicial complex at the site of the old prison.

He added that the provincial minister did not fulfill his commitment, saying they were forced to announce boycott of courts’ proceedings.

He said that the provincial government was now planning to construct a family park for public at the site of the old prison, which was not acceptable to them.

The association’s general secretary Zar Bacha told TNN that the lawyers would hold a hunger strike camp outside the district courts from Tuesday and continue boycott of courts. He added that if their demands were not met, they would march on Islamabad and hold sit-in in front of Imran Khan’s residence in Bani Gala.

Contrary to the demands of the lawyers, it has been a longstanding demand of the local residents that the provincial government should establish a family park on the site.